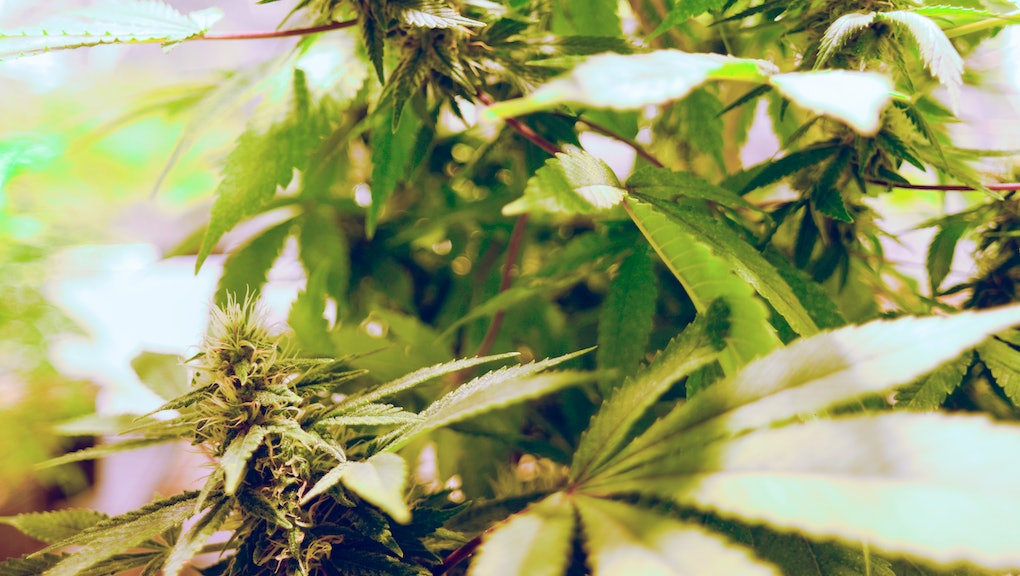 Legalized weed is coming to Alaska. How it gets there, exactly, is still up in the air.

Unlike Colorado, Washington state, Oregon and Washington, D.C., Alaska does not have a complex and comprehensive grid of local and state roads connecting its population. Many Alaskans rely on air and sea deliveries for their most basic needs.

Come February, when the new regulations come into effect, that could be a big problem for people trying to get their hands on legal cannabis.

The issue: More than 60% of Alaska's 365,481,600 acres are owned and administered by the federal government, under whose jurisdiction weed is still very much illegal. As we've seen in Colorado and Washington state, federal prosecutors are not aggressively seeking a confrontation. But Alaska is different.

The U.S. Coast Guard patrols nearly all of the waterways statewide, which brings into question how much pot, if any, could be legally shipped by sea. The same goes for air deliveries, which would be necessary given the large swaths of impassable land that isolate so much of the state.

In the air, the federal government, led by the Transportation Safety Administration, runs the show. Individuals cannot board a commercial flight with marijuana, even if it is legal in the state and the plane never crosses a border.

The best hope for legally transporting marijuana in Alaska, according to John Parrott, manager at Ted Stevens Anchorage International Airport, is through a small group of regional carriers that are not subject to federal scrutiny. But that could change if large shipments of pot start growing their businesses.

"There are," Parrott told the Dispatch News, "more questions than answers at this point."

Answers coming: The good news for Alaskans hoping the new law will deliver on its promise is that state officials have to come up with a firm solution relatively soon. Per the wording of the ballot measure, they have 90 days after the election results are certified — which is expected to happen on Nov. 28 — to design a legal framework to guide individuals and businesses. Comprehensive regulations for distributors and retailers need to be written by November 2015. Permitting begins in early 2016.

The not-so-good news is that Gov.-elect Bill Walker, an independent, opposed legalization during his campaign. That position might change when he begins to see the tax revenue roll in, but there's no indication at this point that he is going to goose the process.

What is not in doubt: Getting Alaskans their marijuana is going to be a very profitable business. If the state government is smart, they will open the seas and skies to a well-regulated delivery process. Absent that, the state faces the prospect of a new and dangerous black market emerging in its place.