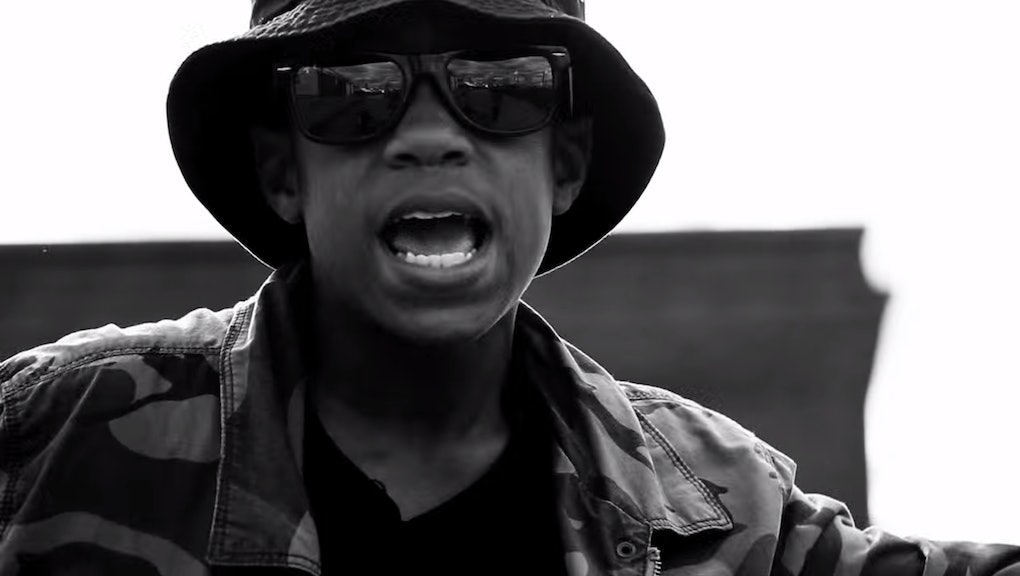 That's what the TMA in TMA TJ, the moniker of a 13-year-old Bronx rap prodigy, stands for. The name is well-earned: TJ is the ubertalented subject of a short new documentary by New York Times video journalist Kareem Ahmed. The young rapper has clear lyrical talent and very well might be rap's next big thing.

More important than his music, though, is his philosophy on hip-hop and the figures he idolizes. TJ has a deep understanding and faith in hip-hop as a means of self-improvement and communal uplift. Hearing him talk about the music's power clearly reveals one striking truth: This music is incredibly powerful.

At 13, TJ is already conscious of how rappers can function as powerful role models within their communities. He seeks to use his art to be that positive inspiration for his peers.

"Being a role model is, like, doing good things," TJ explains in the video. "Kids or parents can say, 'Be like this kid, or be like that kid, he has good grades, he's well-mannered and he's respectful. And he has an education."

TJ likens his aspirations to those of his role model, Jay Z.

"I think Jay Z is a good role model because he has bigger goals. He has his own Empire State. He runs his own business, record label. He's stayin' in his lane and doing what he's supposed to."

The teen grasps exactly what hip-hop is about. That urge to aspire and inspire is the essence of the genre and it's what hip-hop's creators believed it could do. It wasn't just a pipe dream, though, science has shown that all those ideas about hip-hop's power are verifiable.

There's proof that hip-hop is of great importance to kids TJ's age, whether or not they're this good at rapping. Studies have shown how powerful music can be for inspiring underprivileged communities and supporting underserved students. Learning music at a young age can offer powerful cognitive boosts that could do wonders in closing our current achievement gaps. Not only that, hip-hop's complex lyricism and wordplay makes it an excellent tool to help children increase verbal fluency, broaden vocabularies and teach literary concepts such as metaphor and personification. For TJ, hip-hop is a way to show how to be a good person in the world as well as a tool for creative expression. And his rap is legitimately excellent.

Talented Motivated Ambitious TJ is positioning himself in a perfect light to spread hip-hop's inspirational aspects. He recognizes his art forms' ability to inspire, and he's already setting his sights far beyond the Bronx.

"My main motivation is trying be real higher, like worldwide international, like Michael Jackson. ... I want somebody to be able to mention 'Who's your favorite artist?' and for them to be able to say my name. Then they can be like, 'Oh I know that kid!' in different places all around the world."

If TMA TJ can keep spitting with the passion, intelligence and verve, then one day he might just pull it off. Even if he doesn't, he's done something remarkable. He's proven once again that hip-hop is a vital and essential art.