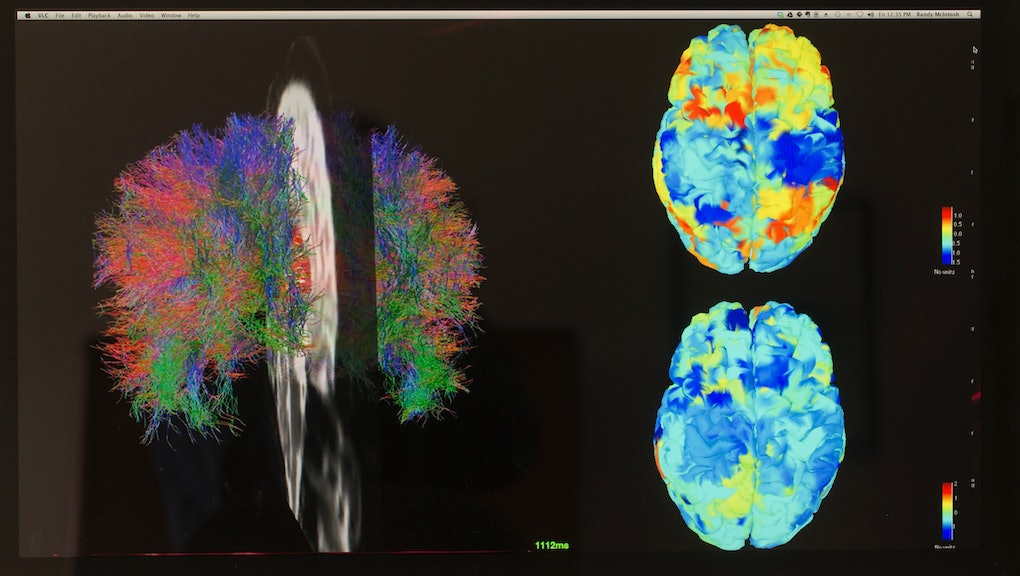 Scientists Are About to Make Your Brain 'Limitless'

Having a hard time remembering the infamously tricky second verse of "Anaconda"? Not only will science fix that, you may be incapable of forgetting things altogether — good news as more and more people are expected to reach centenarian status.

Researchers from McGill University in Montreal recently discovered a way to increase memory recollection and brain function. Their findings are published in the journal Cell Reports.

The science: No, this isn't NZT-48 from the 2011 Bradley Cooper classic Limitless. In real life, the molecule Fragile X Related Protein 1 (FXR1P) holds the secret to turning the brain into an infinite file cabinet of memories.

FXR1P inhibits creation of molecules needed to make new memories. When McGill scientists removed this molecule from the brains of mice, they found memory-creation molecules flourished. The benefit of this was ultimately "strengthened connections between brain cells," according to a press release, culminating in "improved memory and recall in the mice."

In other words, improving a person's memory could be as simple as removing a problematic molecule.

Serious implications: This discovery has potentially countless implications outside of remembering tens of thousands of cool factoids. As the study's lead researcher, Keith Murai, said in the release, this could impact treatment for a variety of conditions, including autism and Alzheimer's disease.

"Future research in this area could be very interesting," he said. "If we can identify compounds that control the braking potential of FXR1P, we may be able to alter the amount of brain activity or plasticity. For example, in autism, one may want to decrease certain brain activity and in Alzheimer's disease, we may want to enhance the activity."

Murai said there's the possibility that FXR1P could be manipulated in such a way to improve "the quality of life of people suffering from brain diseases" other than Alzheimer's and autism.

And, of course, this discovery could be used to make people smarter. Imagine what could be accomplished if people never forgot a fact or couldn't remember a mathematical formula? This could be the beginning of real-life Flowers for Algernon scenarios, without the tragic parts.

In an age when living long is becoming easier and life expectancy is higher than ever, it's comforting to know the odds we'll still have our memories to keep us company are increasing.