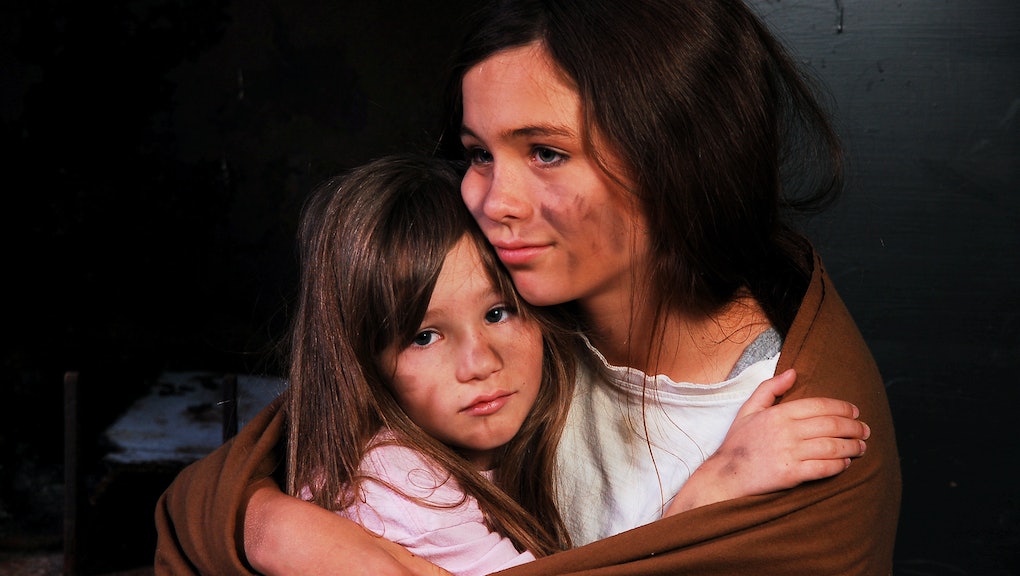 1 in 30 Children in America Are Now Homeless, a Record High

One in 30 children in the United States was homeless in 2013, according to a new report published by the National Center on Family Homelessness. The number represents a historic high.

About 2.5 million children, more than half of them younger than 6, experienced homelessness last year, an 8% increase from the year before. The increase is part of a broader trend in which the confluence of rising poverty, scarcity of affordable housing and a poor economy has pushed many families teetering on the edge of stability into the streets. See the trend in the chart below:

The geographic distribution of the homeless child population doesn't correspond cleanly with regional wealth, but instead hints at the Dickensian nature of America's prosperity. The report explains, as expected, that children in the South, generally living in lower income households, are at greatest risk of homelessness.

But the states with the greatest proportion of homeless children extend from coast to coast, and most of them are not in the South. California and New York, both affluent states and two of the most influential economies in the world, are ranked 48th and 49th in percentage of homeless children. This chart shows the situation across the whole country:

The trauma of homelessness for children extends beyond the struggle to find food and shelter daily. The instability, malnutrition, increased likelihood of exposure to violence and other stresses hampers the cognitive development needed for full functioning in adulthood.

"The impact of homelessness on the children, especially young children, is devastating and may lead to changes in brain architecture that can interfere with learning, emotional self- regulation, cognitive skills and social relationships," the report's authors write.

While the recession and stagnant wages explain some of the spike in the rate of homelessness among children, this problem is bigger than the economic crisis. The number of homeless families with children has increased steadily since the 1980s. For decades now, states and cities have not invested in the infrastructure (such as subsidized housing) and services (such as targeted educational and employment programs) needed to solve this social ill. It's about time they started.