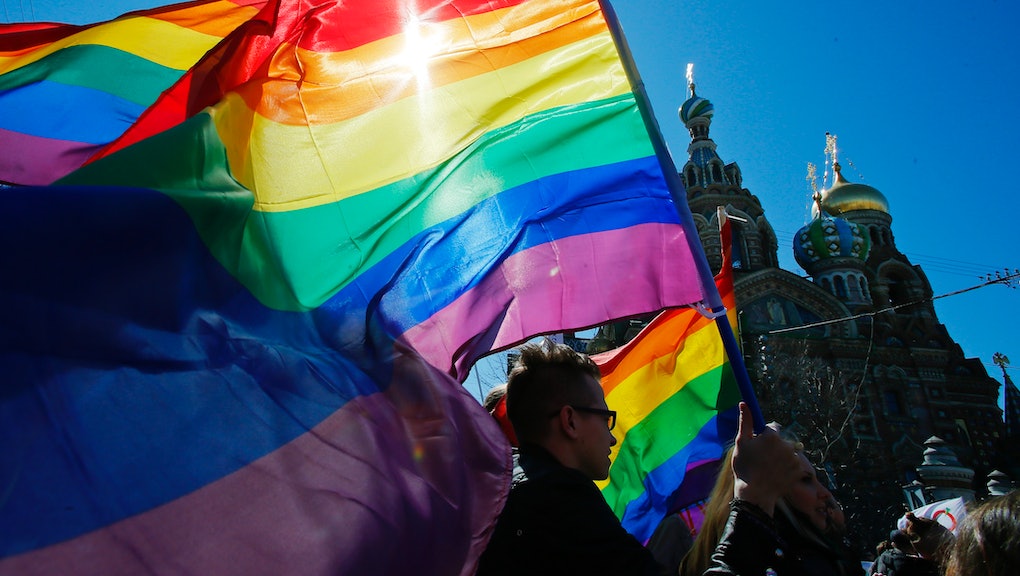 Despite recent game-changing strides in the movement for gay equality, the world is still far from perfect when it comes to LGBT rights. Many still believe that sexuality is simply a lifestyle choice, and that sexual orientation can be "reversed" if the right steps are taken. But a new study published in the journal Psychological Medicine may be the strongest evidence yet that baby, you're born this way.

The study, the largest study of genetics and homosexuality ever conducted, examined 409 sets of gay brothers over the course of five years, using blood and saliva to analyze their genetic makeup.

The results link male homosexuality with two regions of the human genome: a portion of chromosome 8 and a portion of the X chromosome. According to the study, these regions had previously been deemed significant by other researchers looking for similar patterns.

Dr. Alan Sanders, the study's lead author, told the AP that the study "is not proof, but it's a pretty good indication" that a specific genetic makeup on the X and eighth chromosome influences sexual orientation. "It erodes the notion that sexual orientation is a choice," said Sanders, who studies behavioral genetics at NorthShore University HealthSystem Research Institute.

But don't start celebrating yet. Despite the researchers' positive vibes, the study itself doesn't appear to be strong enough to definitively establish a genetic basis for homosexuality.

Neil Risch, a genetics expert at the University of California, San Francisco, who was involved with a similar but smaller study that found no link, was skeptical. He told the AP that the findings are "statistically too weak" to properly show a genetic connection. And Robert Green, a medical geneticist at Harvard Medical School, told the outlet that the study was "intriguing but not in any way conclusive."

In other words, while the study's results are promising and add to a growing body of evidence to support a genetic link for homosexuality, they're not ironclad.

Still, it's a win for the LGBT community. With countries like Uganda, which is yet again attempting to pass draconian anti-gay legislation, and Russia, which passed an anti-gay propaganda law in June, the fight for equality is still necessary in many parts of the world.

Part of that fight means proving once and for all that being gay isn't a choice, and it can't be forced out of someone, no matter how hard one tries. It's not about lifestyle, and it's not something that can be "fixed" — it's part of someone's inherent identity as much being heterosexual is.

These findings may not be conclusive, but they do move us one step closer to proving this. "Yes, we have a choice in life, to be ourselves or to conform to someone else's idea of normality," said Simon LeVay, who also studies this area, "but being straight, bisexual or gay, or none of these, is a central part of who we are, thanks in part to the DNA we were born with."