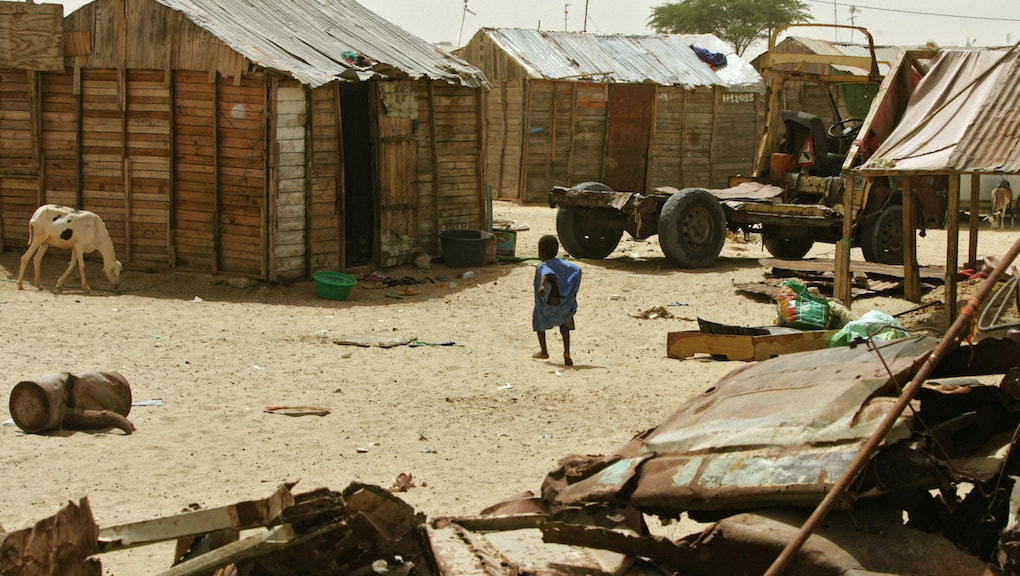 This Is What Slavery Looks Like in the 21st Century

Slavery seems like a lost artifact from a darker, crueler part of human history, but that couldn't be further from the truth. Almost 36 million adults and children are enslaved across the world today — including in the United States, which has an estimated 60,000 slaves.

While the statistics are shocking, numbers only convey part of the horrors of modern slavery. Here's a look at a few of the human faces behind the numbers, with a glimpse into the lives of slaves from five countries where slavery is at its most pervasive. If the fact that 1 in every 200 people on earth is a slave doesn't shock you, the tales of the millions of human beings in bondage will.

Although India ranks fifth for its percentage of enslaved people in comparison to the population as a whole, it tops any other country for its number of slaves, an astounding 14 million. That's almost 40% of all enslaved people worldwide.

Rambho Kumar, interviewed at 13 by Free the Slaves in 2005, was one of these 14 million. He spent 19 hours a day weaving carpets on a loom as a slave in India. After his father died, his mother was persuaded to sell him to the loom owner for 700 rupees (roughly $11.32) as a means of earning money for the family, with a pledge that he would attend school while he worked. Neither of those promises were kept. When his fingers bled due to overwork, the loom owner dipped his fingers in boiling oil and lit them with a match to stop the bleeding. When he made a mistake, the loom owner beat him.

Although Kumar has been rescued from slavery, his experience still shapes his outlook. He told Free the Slaves' Peggy Callahan that he wants to be a guard when he grows up so he can make sure no other children end up in slavery.

Qatar has risen from 96th to 4th place in the rankings in a single year, largely due to its policy of importing manual labor to build its mammoth construction projects and to serve the wealthy ruling family. The Gulf state emirate has been accused of "state-sponsored slavery," bringing over thousands of North Korean laborers to build facilities for the upcoming 2022 World Cup. Workers have reportedly received less than 10% of their salaries when they go home; the Pyongyang regime pockets the other 90%. Some workers, most of whom worked for at least three years, received no compensation at all.

According to the International Trade Union Confederation, a lack of pay may be the least of worker worries — the labor group estimates that up to 4,000 people may die in the construction of the World Cup stadiums before the tournament even begins.

Haitian Cam-Suze, interviewed at 15, was first enslaved at the age of 6. She would wake up at 4 in the morning to take the households' children to school (which she was not allowed to attend), as well as hauling drums of water from a source nearly two hours away. Her days, filled with beatings, didn't end until 1 in the morning.

Child slavery is a particularly prevalent problem in Haiti, where 80% of the population lives in poverty and birth rates are high. Many mothers send their children to host families because they cannot afford to raise them. Unfortunately, many such children end up in the same situation as Cam-Suze.

Uzbekistan is the fifth-largest cotton producer in the world, a status built on the nation's large underage population of workers. More than a million of its field workers are believed to be under the age of 18. Teens are being taken out of school and forced to help farmers achieve government quotas. Children as young as 7 are put to the fields during the harvest season.

The Uzbek government reportedly forces hundreds of thousands of its citizens to pick cotton. During the harvest season, schools are closed and many workers can't attend their regular jobs.

In Mauritania, 1 out every 25 people is enslaved. The country was the last in the world to abolish slavery, holding out until 1981. It didn't bother criminalizing the practice until 2007.

CNN interviewed Mauritanian slave Moulkheir Mint Yarba, a woman in her 40s who was born into slavery and spent decades working day in and day out for no pay. She barely knew her father and never knew her mother, as slaves in the country were under full ownership of slave-masters. All of her children were also born into slavery, the result of rape by her master. "I was like an animal living with animals," she said.

The evidence that slavery is a real and living problem isn't hard to find — it's in these stories and in the statistics. So why is this problem still not a thing of the past? According to Gallup, it's not so simple a problem to solve. There isn't one clear driving cause for a high prevalence of slavery in a country. Poverty clearly correlates with higher levels of slavery, but other factors also come into play, such as "traditional institutions, attitudes, social systems or poor governance, as well as individual risk factors such as lack of education or unemployment."

Out of 7.1 billion people globally, 36 million might not seem like a huge number. But the impact of the worldwide slave trade is truly global. According to Time magazine, "modern slavery contributes to the production of at least 122 goods from 58 countries." Slaves may only comprise 0.5% of the world's entire population, but they play a big role in the world economy.

In spite of the seemingly overwhelming number of victims, slavery can be solved. The problem, according to Terry Fitzpatrick of Free the Slaves, an organization that works to end slavery worldwide, says that slavery can be overcome by reducing consumer demand for products that are made by slaves, prosecuting traffickers and slaveholders, and empowering impoverished communities so as to reduce the flow of vulnerable people into slavery.

Chattel slavery shapes the lives of millions, from Rambho in India to Moulkheir in Mauritania, but armed with the data and the stories, we can take the next step in finally ridding the world of slavery.