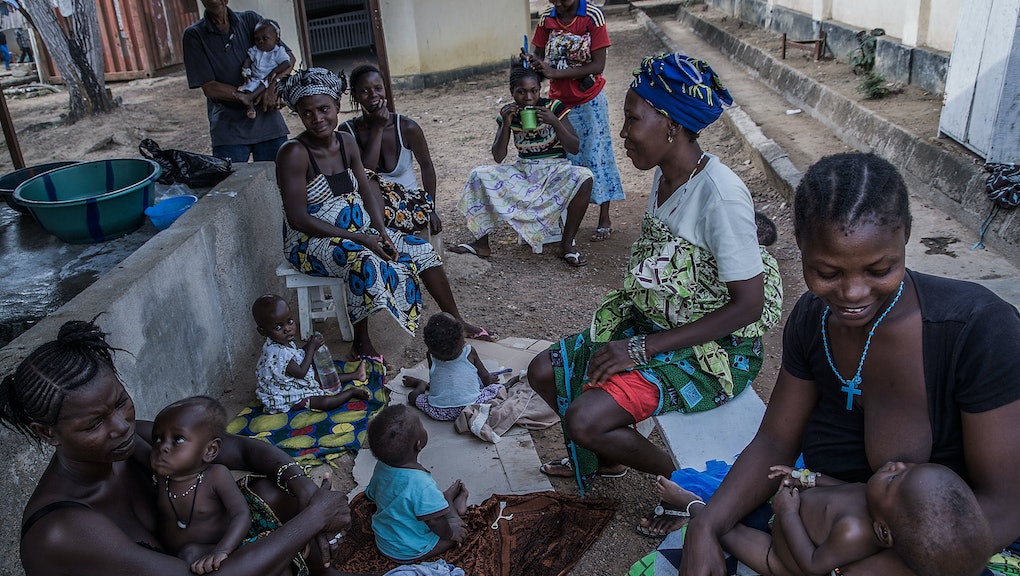 One-dollar birth control is on the way to help women around the globe plan their families — and save their lives.

The new contraceptive method, which will be available to women in 69 of the poorest countries in the world, consists of a lower dose of Depo-Provera, aka the "birth control shot." The brilliantly designed prepackaged injectable system includes a plastic bubble attached to a very thin needle. It's virtually fool-proof, as Cosmopolitan points out, as dosages are preset and there are no syringes, making it easier than ever for health care workers to administer, as well as reducing the risk of infection from needle-sharing.

Why does this matter? Simply put, for some women, this could be life-changing.

Such an inexpensive and easily delivered drug will make contraception more widely available to the 222 million women in developing countries who want access to birth control, but either can't afford it or don't have health services nearby.

What's more, BBC News reports that unlike other injectables, which often go into the legs or buttocks, this new birth control can be delivered via the arm — an important feature for women living in communities that emphasize modesty.

The new system is made possible by the Gates Foundation, Pfizer and the Children's Investment Fund Foundation. Its potential can't be overemphasized: When women can't access family planning, the results can be harmful to their health, even deadly.

According to the United Nations Population Fund, women with an unmet need for contraception account for 80% of unintended pregnancies throughout the globe, and 22 million women will have unsafe abortions each year. What's more, complications from pregnancy and childbirth remain a leading cause of death among women of reproductive age, claiming 800 lives every day. Many of these deaths, 99% of which occur in developing countries, could be prevented if women had access to contraception and reproductive health services.

It's all about the numbers. As if these stark statistics weren't reason enough to make birth control available for $1, there's an economic argument too.

Population Action International reports that for every $1 spent on family planning, we save $4 in other areas, including education, public health, water and sanitation. Plus, women who have access to contraception make roughly 40% more than those who don't, paving the way for greater economic success that benefits families and communities at large.

This birth control will revolutionize women's lives. By giving women the power to plan the spacing and timing of their children, maternal and newborn deaths will drastically drop and women can experience greater economic freedom. It's a win-win situation, all for the cost of a dollar.