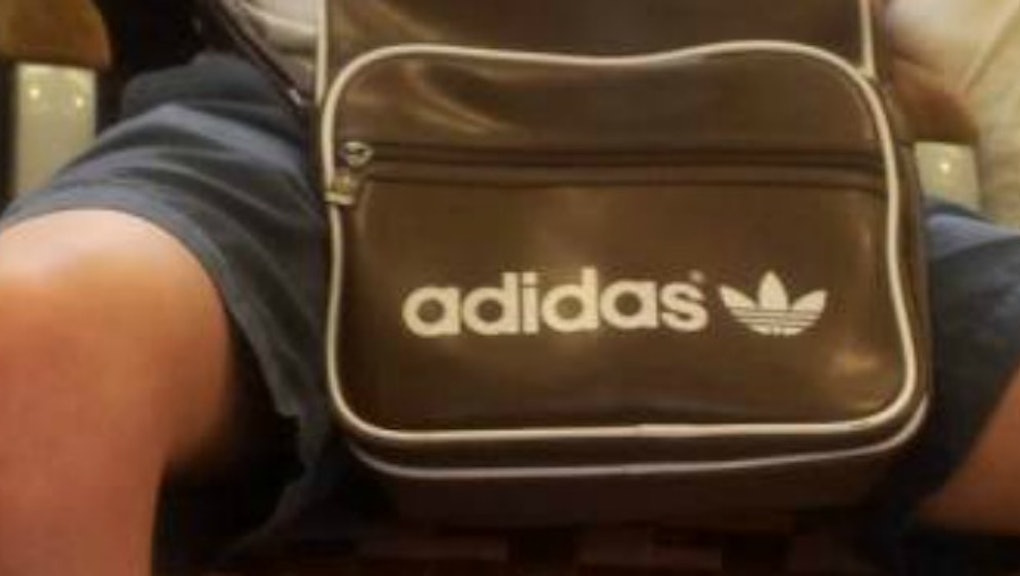 Rejoice, ladies of New York: Your long national leg-induced nightmare may finally be coming to a close.

The Metropolitan Transit Authority (MTA) announced on Monday that a new campaign addressing courtesy on public transportation will come into effect by January. One of the targeted behaviors is "man-spreading" — the act of spreading one's legs so far apart that other passengers are forced to squish their own together.

Or, if you prefer a more nuanced description, one of the most infuriating and outright ridiculous display of male privilege and machismo in existence today. As Mic's Derrick Clifton succinctly put it, "Hey, bro, you're not that well-endowed."

The MTA didn't specify how exactly they plan to go about wiping out man-spreaders, but if the campaign is anything like other MTA initiatives, it will likely involve vaguely childlike signs and automated PA messages.

Lest you wring your hands and claim that men are being unfairly targeted, the campaign will also target backpack-wearers, whom MTA board member Charles Moerdler apparently believes show other commuters a discourtesy when they ride with large baggage. MTA spokesman Kevin Ortiz also noted that the organization's "courtesy is contagious" slogan will be updated with "something new, something fresh," am New York reported.

But let's be real: The best part of this campaign is its active attempt to squash man-spreading (other acceptable terms include "lava balls" and "subway sprawl"). The behavior is a blight on any public transportation system, and if you don't think so, you're probably doing it yourself.

The Tumblr accounts "Move the Fuck Over, Bro," "Men Taking Up Too Much Space on the Train" and "Saving Room for Cats" hilariously illustrate the ridiculousness of man-spreading with photos of dudes showing off their man-spreading behavior like a badge of honor. Opposition to it has picked up steam recently, so it's reassuring to see that officials are taking notice.

It's even more notable given MTA spokesman Adam Lisberg's pessimistic assertion in October that "[i]f systems all over the world have been trying and failing to curb bad behavior for decades ... why do we think we would suddenly discover the magic bullet to get people to change?"

Sorry for your loss, guys. But when one of the largest and most powerful transportation providers in the world is calling you out, it might behoove you to listen.