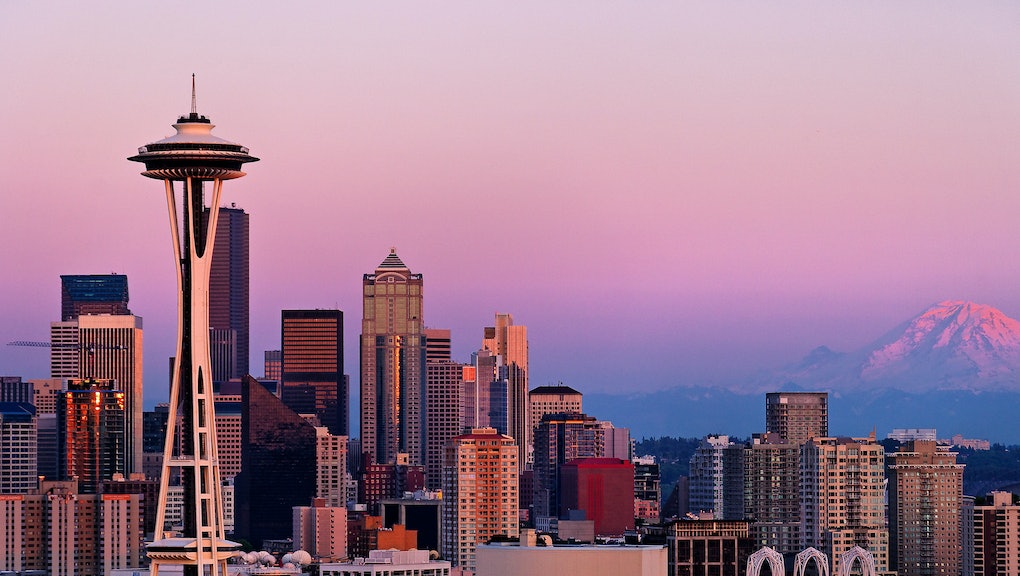 Seattle Is Doing What No Other City in America Has Done

Seattle is quickly becoming one of the most interesting cities in the country for political observers.

Earlier this year the city approved a $15 minimum wage — the highest for any major city in the United states — shortly after electing a socialist former software engineer from India to its City Council, which voted unanimously Friday on a $4.8 billion budget package loaded with a number of initiatives that illustrate how Seattle is making strides toward becoming a testing ground for boldly progressive policies.

The Stranger reported the City Council's additions and modifications to Mayor Ed Murray's budget package, including a number of exciting elements:

$1 million for services for the homeless.

The budget plan allocates close to $1 million to help the homeless through hygiene and shelters, including transitional encampments, whose symbolic value matter more than the money allocated for them. In recent years ordinances have been passed in cities intending to effectively ban homeless people from their streets.

Seattle's encampment funding demonstrates a tragically rare stroke of attention for a demographic that's to be extricated rather than assisted. It's likely to decrease the likelihood that homeless Seattleites plummet to their death from precariously perched tents.

Speed up the $15 minimum wage.

The City Council has doubled down on its trend-setting $15 wage by accelerating its implementation for city workers, ensuring the wage will be raised in 2015 rather than being phased in over the course of the next three years.

The minimum wage law has a number of components, and affects other parts of the workforce at a different pace. For example, employers of smaller companies have seven years to it phase in.

The budget commissions an exploration of the legality of a new tax on millionaires in Seattle, where there are many.

However, the political feasibility of such a tax remains in question. In 2010, Seattle passed a measure increasing taxes on high earners successfully, but since then there's been a large influx of affluent tech workers and more time for the consolidation of their industry's political power in the city. So even if the excise tax is legally possible, it could end up being more difficult to execute politically than in years past.

The City Council is also allocating funds for Career Bridge, an Urban League community-building initiative that provides targeted job assistance to men of color, and for birth-related services for immigrant families.

The budget package is also commissioning a "racial impact assessment" of a new juvenile jail that was the center of some controversy as racial justice advocates criticized the racial disproportionality of the corrections system in Seattle.

The plan is being finalized and expected to pass unanimously Monday, according to the Stranger.

Just a step: The budget allocations are laudable, but their value should not be overstated. Seattle suffers from extreme income inequality, and its drastic spike in housing costs has rendered the city increasingly unlivable for the non-affluent. These kinds of policies are a positive step forward, but most of the hard work of building a truly inclusive city remains.