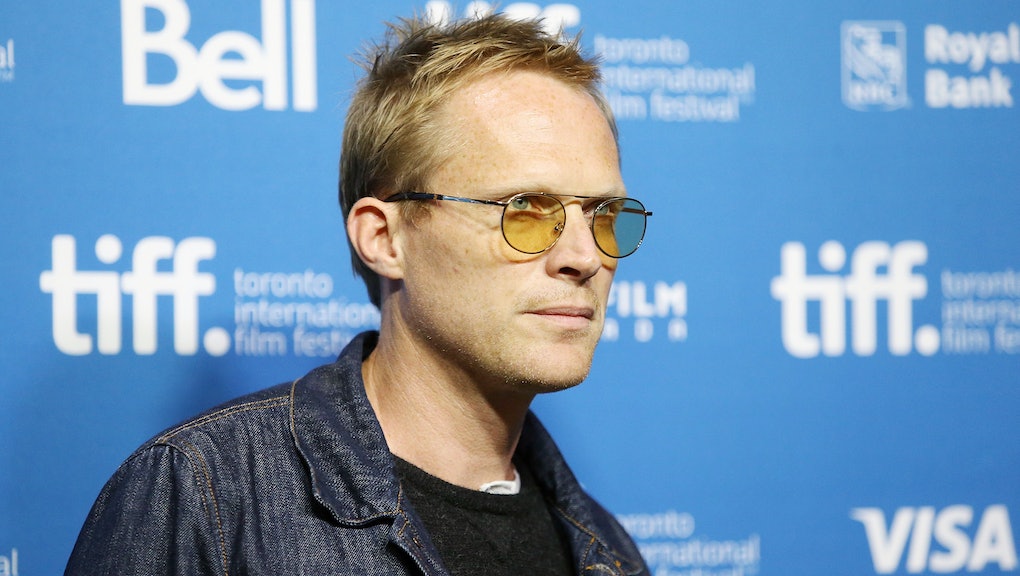 The news: Online harassment is more or less an inevitability for anyone using social media, and it's not always easy to take it in stride.

But English actor Paul Bettany — whom you may know as J.A.R.V.I.S. from Marvel's The Avengers and the Vision in next year's sequel — had an absolutely perfect response last week when he received abuse from a troll convinced Bettany was gay, threatening to "beat [his] fucking ass" if they ever met in person (Bettany is actually married to actress Jennifer Connelly).

While the best thing to do is usually ignore, ignore, ignore, the vile, anti-gay tone of the messages seems to have bothered Bettany enough to respond. His rejoinder to the bizarre tirade was flawless, including a discomfiting note suggesting that the sender's homophobia reflected some underlying issues:

As Big Gay Picture Show's Tim Isaac writes, Bettany pulled off the feat of "not just completely ignoring the idea that being called a 'faggot' is meant to be an insult, but showing just what sort of insecure morons many trolls are."

Why you should care: Aside from being funny, Bettany's highlighting an important issue. YouGov polling has found that more than one-quarter of Americans (28%) admit to "arguing maliciously" about an opinion or a fact online. Twelve percent admit to having trolled hard enough to get a comment deleted by administrators.

Message boards, social media and blogs are at the epicenter of the national trolling epidemic:

Bettany managed to respond cleverly and without resorting to petty threats, slurs or hateful language. He rose above. It's an important distinction, because University of Manitoba researchers have demonstrated  that real trolling correlates with personality traits called the Dark Tetrad (really):

Basically, trolls tend to be lousy jerks in real life too, which is the same reason they're probably here to stay. Lead study author Erin Buckels writes that "[u]ltimately, the allure of trolling may be too strong for sadists, who presumably have limited opportunities to express their sadistic interests in a socially desirable manner." The easiest targets are women (who report the vast majority of online harassment), but also minorities, LGBT people and those with disabilities. What's more, trolls are prolific: Anti-Gamergate writer Arthur Chu recently described the tireless, continual slew of hateful accusations they're capable of.

"After a certain point, the ridiculousness of your enemies only makes their sustained, shameless attacks more painful rather than less," Chu wrote. "You kind of wish you had opponents worthy of respect; it would make feeling beaten down and exhausted by them a little more dignified."

But admitting that trolling is probably inevitable isn't the same as conceding to them. By refusing to lower himself to their level, Bettany is one of many people refusing to let them dominate online discussion. That's important, because an Internet where the trolls have won would not be a very pleasant one.