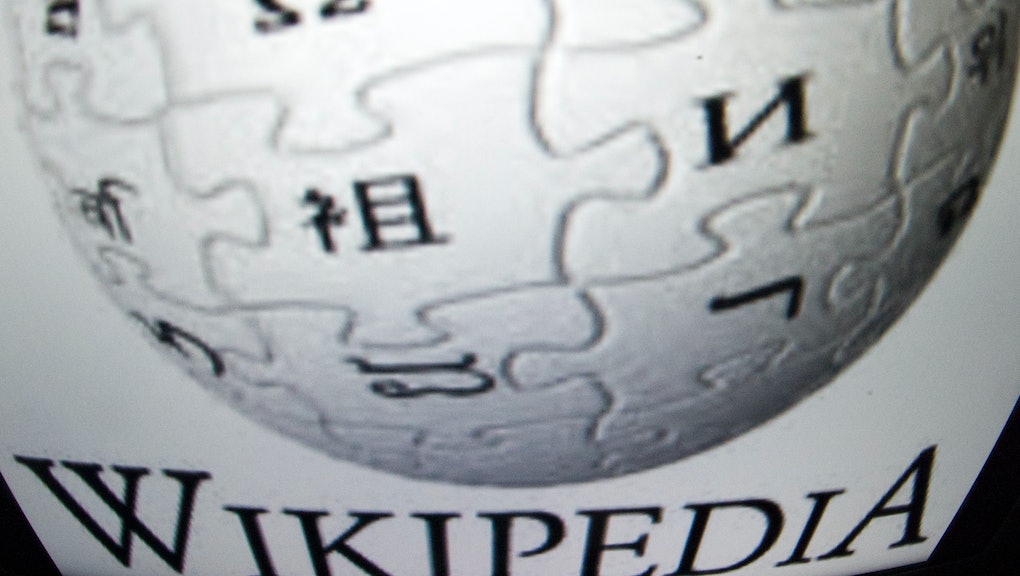 Scientists Are About to Use Wikipedia to Fight Global Epidemics

The news: Wikipedia articles may have a purpose outside of being plagiarism fodder for lazy college students. In fact, the open-source encyclopedia may be our newest weapon to predict disease outbreaks.

By examining 14 disease outbreaks in nine countries between 2010 and 2013 — such as the 2010 cholera epidemic in Haiti and the intermittent Ebola outbreaks in Uganda in 2011 and 2012 — a new study from the Los Alamos National Laboratory has determined Wikipedia may have prophetic tendencies in the world of infectious diseases.

The specifics: The researchers noticed the amount of page views on a disease's Wikipedia page peaked up to 28 days before the outbreak, the limit of the test. Though the study didn't specify why people were checking out the wiki pages, there are a few possibilities. Perhaps the most likely is that people started to feel sick and wanted to see if their symptoms matched up with a certain disease. Or concerned Wikipedia users may have started to hear murmurs of the disease in the news or online and wanted to learn more.

They did note their method wasn't optimal for predicting slower-moving conditions like HIV or AIDS. It also falters when researchers try to make predictions in areas with little Internet access.

Google even got into the disease-prediction game back in 2008 with Google Flu Trends. The program tracks certain flu-related keywords like "cough" or "fever" in order to make predictions, but has overpredicted the number of flu cases for the past three years.

The takeaway: Nothing moves faster than the Internet. Though it's not entirely clear why the Wikipedia traffic numbers spiked before outbreaks, having this data correlation could be another tool for disease control agencies to combat and ideally prevent potential outbreaks. Who knew Wikipedia could be this helpful?