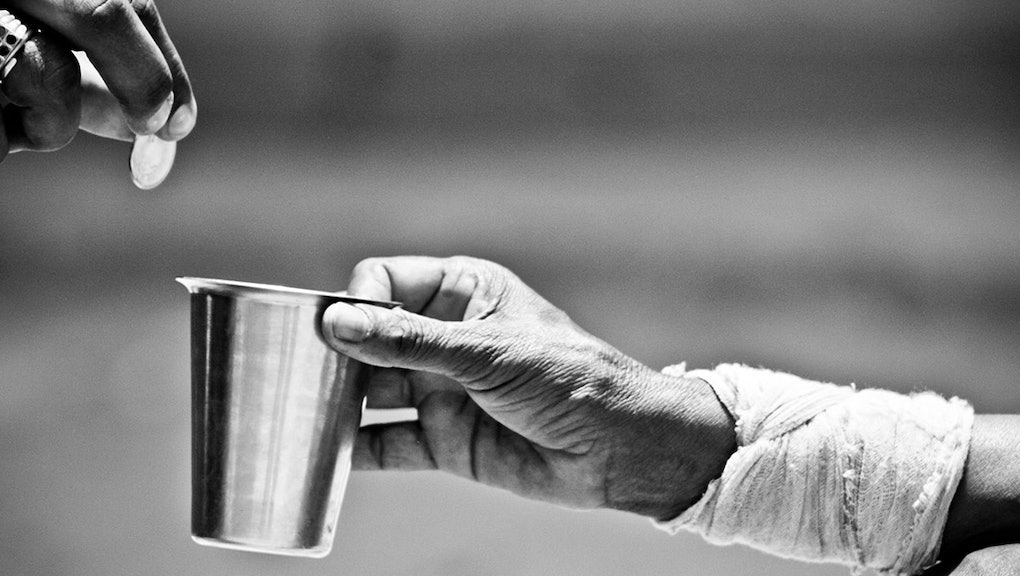 As it turns out, humans might not be as greedy and selfish as evolutionary science makes us out to be. A new study found that when given the choice between losing money and saving a stranger from a painful electric shock, most people would choose to save the stranger. In other words, greed isn't always good.

To arrive at this "surprising" conclusion, a group of University College of London researchers paired off study participants and then seated them in front of separate computers where they could not see one another. One partner was in control of deciding how many shocks either they or their partner received. The fewer shocks the decider gave, the less money that he or she made. In fact, the "deciders" were willing to give up double the money to save their partner than to save themselves.

Good science: The researchers were just as startled by this finding as we are — so much so that the study's authors used the word "surprising," a decidedly unscientific term, twice in a 350-word write-up published this week in Proceedings of the National Academy of Sciences.

Although the finding may be surprising in light of a recent study that suggests money diminishes the impact of emotions on our actions, the findings correlate with recent discoveries about our ancestors.

Chimpanzees, close relatives with a common ancestor to humans, were long thought to not be great sharers, but new studies have found that in fact, they can be pretty selfless. When this study and the more recent finding are taken together, it strongly points to the idea that humans might actually be hardwired for altruism.

Survival of the fittest? Contrary to the theory of the survival of the fittest and fierce evolutionary competition, humans may have also needed to rely on each other to survive, which would explain the University College of London study's finding of human consideration for others.

But this inclination toward caring for others can likely be attributed to more than evolution.

The study cites "concern for the welfare of others" as key in "moral decision-making and is disturbed in antisocial and criminal behavior." So while we may be acting altruistically because our biological hardwiring tells us we should, psychological factors likely also come into play.

This surprising finding could be telling in deciphering moral and ethical dilemmas. The researchers noted that this discovery could be revelatory in the "the many medical, legal and political decisions that involve tradeoffs between financial profits and possible human suffering."

Hopefully that restores a little faith in humanity.