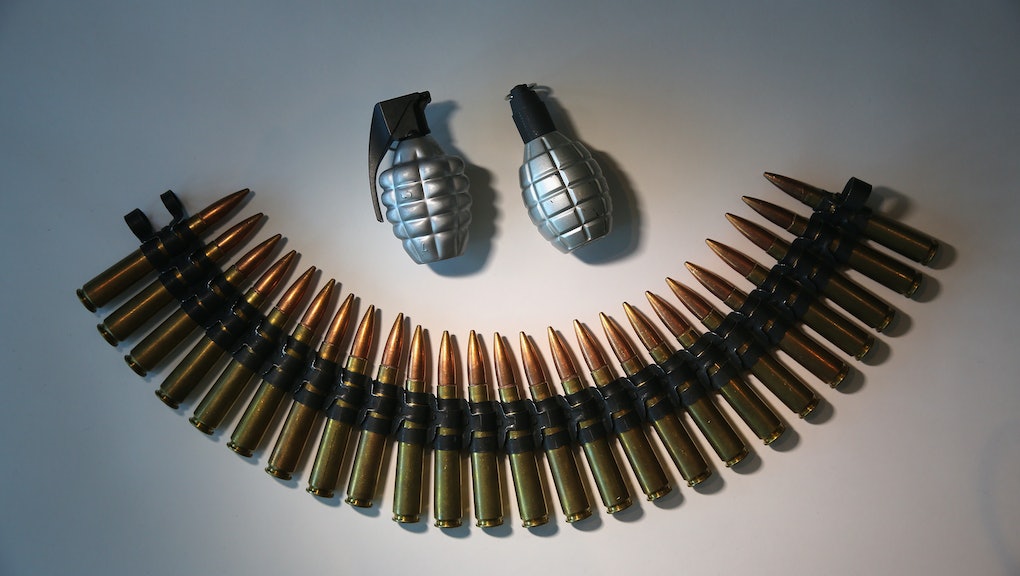 The Transportation Security Administration wants you to have a safe and smooth ride home this holiday travel season. To help meet that goal, the agency on Tuesday displayed thousands of bizarre and dangerous items agents have confiscated at John F. Kennedy International Airport in New York as a reminder of what not to bring in carry-on bags on commercial flights in the coming months. Or ever.

At a news conference, a TSA spokeswoman held up a large knife and warned passengers to either transport forbidden items in their checked luggage, where restrictions are lighter, or leave them behind. The Associated Press reports that "four tons of prohibited items are collected every year at Kennedy alone."

"The takeaway: knitting needles and ice skates are welcome on board, but not sparklers, nunchucks and fake chain saws," the AP said. "Toy weapons of any kind, including grenades, are out. So are real knives, handcuffs and bullets."

Duly noted. Here's a selection of some of those banned items on display at the TSA's event:

A hammer, an ax, a circular saw and an industrial staple gun

Nunchaku and a throwing star

Weights and a wrench

A knife with brass knuckles

The TSA is no stranger to finding odd assortments of contraband inside carry-on luggage. The agency's Instagram feed is a treasure trove of the weird and dangerous items people try to bring onto airplanes.

So, when you're headed home this holiday season, please leave your grenade artwork at home. Or at least check your bag.