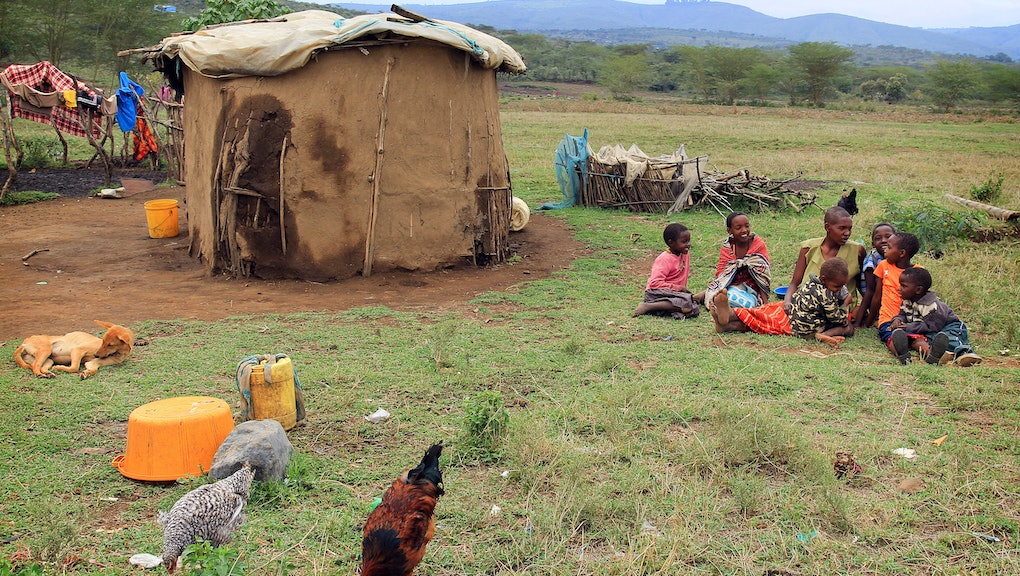 Tanzania Is Uprooting 40,000 People For the Most Despicable Reason

More than 40,000 indigenous Masai people are going to be evicted from their ancestral homelands in Tanzania's Serengeti national park by the end of the year. But instead of the usual culprits of mass displacement — conflict, drought or environmental degradation — the indigenous people are being driven from their home because the Dubai royal family wants to make the Masai's land into their own private reserve.

The reason isn't to admire animals either, or protect the dwindling populations of beautiful wildlife that dot the plain. No, it's so the royal family can continue one of their favorite activities: hunting big game.

Last year, the Tanzanian government resisted the purchase, proposing a "wildlife corridor" instead. But the deal, brokered by the luxury safari company Ortelo Business Corporation, is back on the negotiating table, the Guardian reported. The company was created by an official from the United Arab Emirates who has close ties to the royal family.

The government offered the Masai an estimated $463,000 in compensation last year, an amount that would be funneled into socioeconomic development projects. The Masai rejected the offer, sending one message: Money can't buy their ancestral homelands.

"I feel betrayed," Samwel Nangiria, coordinator of the local Ngonett civil society group, told the Guardian. "One billion is very little and you cannot compare that with land. It's inherited. Their mothers and grandmothers are buried in that land. There's nothing you can compare with it."

The Guardian reached out to Tanzania's natural resources and tourism ministry and the response was telling: "It's the first I've heard of it. I'm currently out of the office and can't comment properly," the representative said.

As negotiations continue, the Masai will pursue other methods of protest, including a court injunction on the purchase. They may also become an influential voting bloc in next year's elections.

In an effort to bring international pressure, the online activism site Avaaz is leading a campaign against the hunting reserve. Its online petition Stop the Serengeti Sell-off has attracted nearly 1.8 million signatures. In 2013, a concerted effort between international activists including Avaaz and the Masai led to a land rights victory. Both are hoping to repeat the success.

"The Masai stare out from every tourism poster, but Tanzania's government wants to kick them off their land so foreign royalty can hunt elephants there," Alex Wilks, the Avaaz campaign director, told the Guardian.