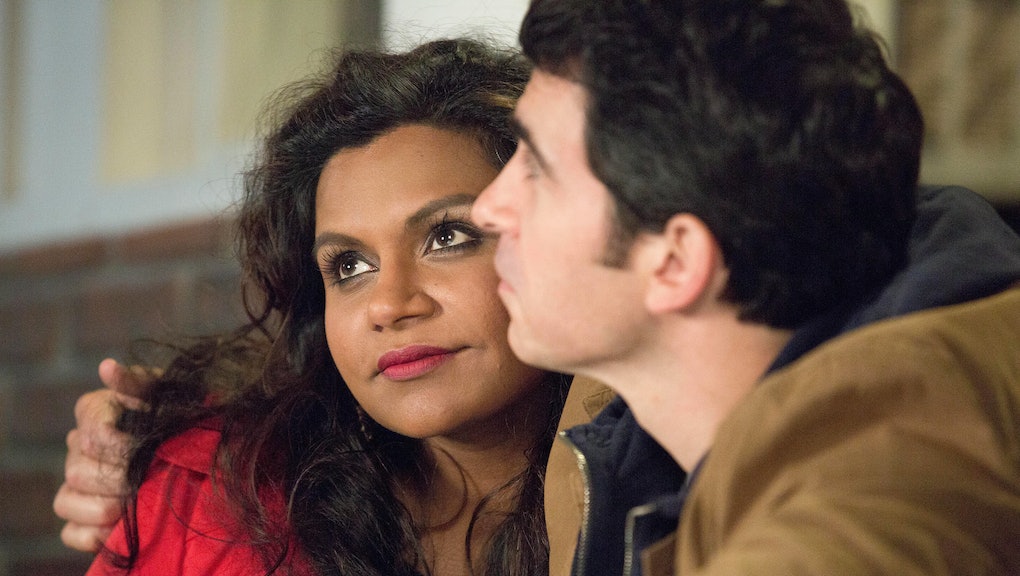 It's often said that love is blind. But it doesn't need to be.

Interracial relationships are on a steady rise. It's been less than 50 years since blacks and whites have been able to legally marry, thanks to the Supreme Court, and 15.1% of new marriages in 2010 were between different races or ethnicities. This brings the share of all interracial or interethnic marriages to a historic high of 8.4%, according to Pew Research Center data. Compare that with 1980, when less than 7% of new marriages took place between interracial couples and the share of overall marriages was just 3%.

Growing numbers have come with growing acceptance. In 1987, Pew found that only 13% of Americans completely agreed that interracial dating was acceptable; that share grew to 56% in 2009. Young people are even more open-minded: Roughly 9 in 10 millennials said they'd be OK with a family member marrying someone of another race or ethnicity.

But the significance of the change goes beyond simple acceptance. When Pew asked about the impact of interracial marriage on society, 43% of Americans said more intermarriage has been a change for the better.

The more visible high-profile interracial couples are, the more normalized they become.

Witnessing interracial couples in pop culture won't immediately rid Americans of racist ideas, but it helps. Notable fictional examples include Olivia and Fitz on Scandal and Mindy and Danny on The Mindy Project, while the persistent presence of Kim Kardashian and Kanye West on our magazine covers show how it's done in real life.

Too often, on-screen interracial relationships are limited to the pairing of a white person, usually a male, with a woman of color, ignoring the fact that other constructions do exist. But the representations we do have can help move the ball forward. Just as negative racial portrayals contribute to negative stereotypes, more positive visibility for cross-race couples in media makes a difference. We learn through seeing and observing models, as psychologists have shown; the fancy scientific term is "social cognitive theory."

Marketing campaigns and commercials are also raising awareness. Cheerios drew praise (and some ire) in 2013 for a commercial featuring an interracial family. And as writer Meagan Hatcher-Mays said in Jezebel, "This is just a stupid commercial about Cheerios but it means a lot to me. It shows interracial families and their children being normal and cute, not something to gawk at or to question." That imagery can be powerful. Hatcher-Mays wrote, "Increased visibility of our differences leads to things like 'acceptance' and 'disrupting the status quo' and also 'not arresting biracial people's dads for kidnapping.'"

Knowing interracial couples can be an antidote to personal prejudice.

When it comes to cross-race relations, social cognitive psychology suggests that with "sufficient motivation ... people are able to focus on the unique qualities of individuals, rather than on the groups they belong to."

Which means having a more diverse social circle or a person of different race in your immediate family can be an antidote to prejudice and stereotyping. Match.com spoke with several mixed-race partners and found that the couples' own families grew more accepting and less prejudiced the more they had regular contact with their children's spouses.

A Louisiana-based project on interracial couples for the Advocate revealed similar testimonies. "People tend to have preconceived notions about each other based on race or culture that hinder them from getting to know one another," one woman named Kristy said. "That's where we were in the beginning with my parents."

Because what could be more sufficiently motivating than getting families or friend groups to get along?

Mixed-race couples can be models for appreciative, respectful relationships.

Research has shown that the existence of interracial partnerships is complicated by socioeconomic status, novelty and even the fetishization of someone of one race by another; these factors could play a role in how interracial couples see each other or what motivates the relationship in the first place.

Moreover, conventional wisdom and past academic research has suggested that interracial relationships fare worse than same-race ones.

Similarly, a 2014 psychology study from the University of California, Irvine, found that college students in interracial relationships rated their partners more highly for attractiveness and intelligence than their peers in same-race relationships, showing a high level of regard for one another.

It doesn't mean interracial partners make inherently superior significant others. But it does point to an optimistic truth: Difference in a relationship can go along with a healthy level of understanding, respect and affection between two people.

Interracial dating is ushering in a more multiracial future.

One outcome of interracial is multiracial families. In 2000, the first year the U.S. Census Bureau allowed Americans to check more than one race on their forms, 6.8 million did so. In 2010, that number was up to nearly 9 million.

By 2050, it's predicted that 54% of the U.S. population will be minorities. Growing acceptance of cross-race relationships, augmented by the continuous stream of immigration, is expected to blend our country even more in the coming decades. As Mic's Zak Cheney-Rice wrote, "In a matter of years we'll have Tindered, OkCupid-ed and otherwise sexed ourselves into one giant amalgamated mega-race."

What will that look like? National Geographic put together a collage of multiracial Americans to take a guess, and it looks like this:

Interracial marriage can't on its own end racism, nor should couples who marry outside their race shoulder that responsibility on their own. And achieving a more multiracial society isn't a goal for beauty's sake, although so many in our society currently fixate on the physical beauty of biracial individuals. (Recent research shows that biracial singles are the most desired ethnicity when it comes to online dating.)

The significance of more multiracial families, rather, is that the blending helps erode the racial distinctions artificially constructed to begin with. It's widely held that race has no basis in genetics, and as the census responses indicate, what makes a person one race versus another remains a decision of personal identification, not a science-based designation. "I just say I'm brown," McKenzi McPherson, 9, told National Geographic. "And I think, 'Why do you want to know?'"

Interracial dating is on the rise, but it hasn't ended racism. OkCupid data recently revealed that while users claim to be open-minded, racial background makes a difference for matching. And not all races approach interracial dating in the same way.

Moreover, there are certain races that suffered more from these judgments than others. The OkCupid data shows that black men and women both face the biggest "penalties" from daters of other races, an unfortunate sign of continued discrimination against blacks. The OkCupid data showed similar results for same-sex couples, albeit with slightly less pronounced biases.

As sociologist Jennifer Lee, author of The Diversity Paradox, told Mic, the OkCupid data is in line with broader demographic data. "Racial boundaries are fading more rapidly for today's new immigrant groups than for black Americans," she said, as more Asians and Latinos seem to benefit from cross-race acceptance. Even as we make progress, certain prejudices and long-standing misperceptions persist.

But we're getting there, Lee said: "Increased intermarriage and interracial dating indicate that the racial boundaries that have long separated groups are slowly beginning to fade." America is changing, and cross-racial connections are just one powerful force helping us on the way.