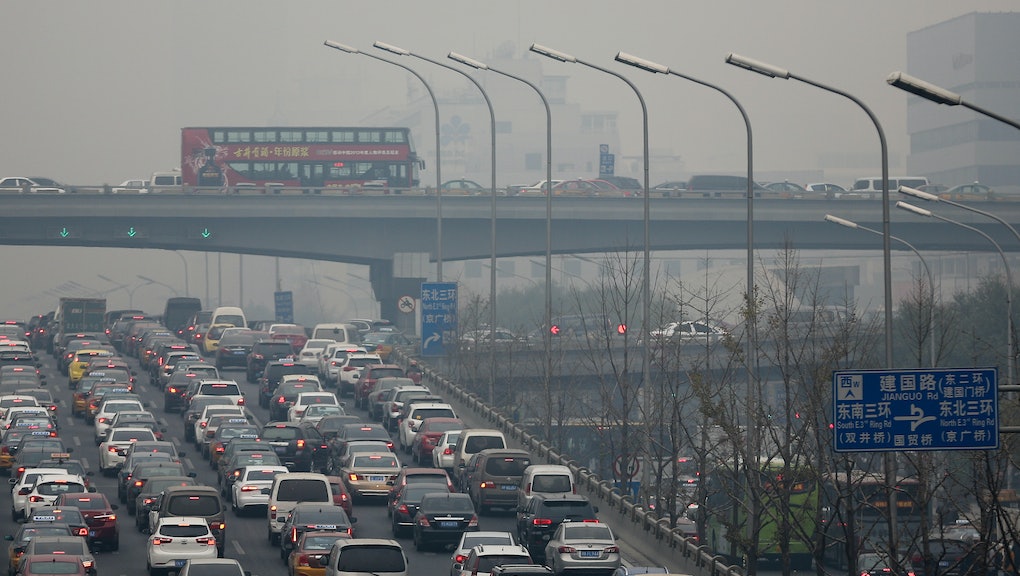 There’s One Big Thing Making Us Fatter, But We Can’t Control It With Diet or Exercise

The news: As if pollution wasn't already bad enough, a new study points to further evidence connecting exposure to pollution and increased body mass index (BMI). In other words, pollution makes us pack on the pounds.

The study, published in Environmental Health Perspectives, found that children exposed to secondhand smoke and roadway air pollution were at a significantly higher risk for obesity. Kids exposed to both had BMIs as much as two points higher than kids who weren't.

To find out whether BMIs could be linked to pollutants, researchers studied a group of 3,318 children over eight years. Parental questionnaires provided scientists with information on the child's level of exposure to secondhand smoke, traffic pollution and other air pollutants. Even after accounting for other factors such as initial BMI and levels of physical activity, researchers still saw a connection between pollution and weight.

The scariest part? Air pollution isn't exactly easy to reverse. Although we can make efforts to reduce our carbon footprint by driving less and recycling, the pernicious effects of pollution on our bodies and the Earth are already in full force.

In the past 30 years, cases of obesity have doubled in children and quadrupled in teens, according to the Centers for Disease Control and Prevention. Moreover, obesity causes an abundance of health issues, from cholesterol to diabetes. And in adults, Vox reports that "between 1980 and 2000, obesity rates doubled among adults." Now, 30% of the adult population is obese.

Add that to the long list of pollution's negative effects on the human body, like the increased risk of cancer and damage to the respiratory system. Although air pollution doesn't shoulder all the blame for increases in obesity, this new study shows that it's a significant factor.

While diet and exercise are important for maintaining a healthy weight, Mother Earth still seems to reign supreme. We should think twice about how we're affecting the planet, given how it affects us – including our pant size.