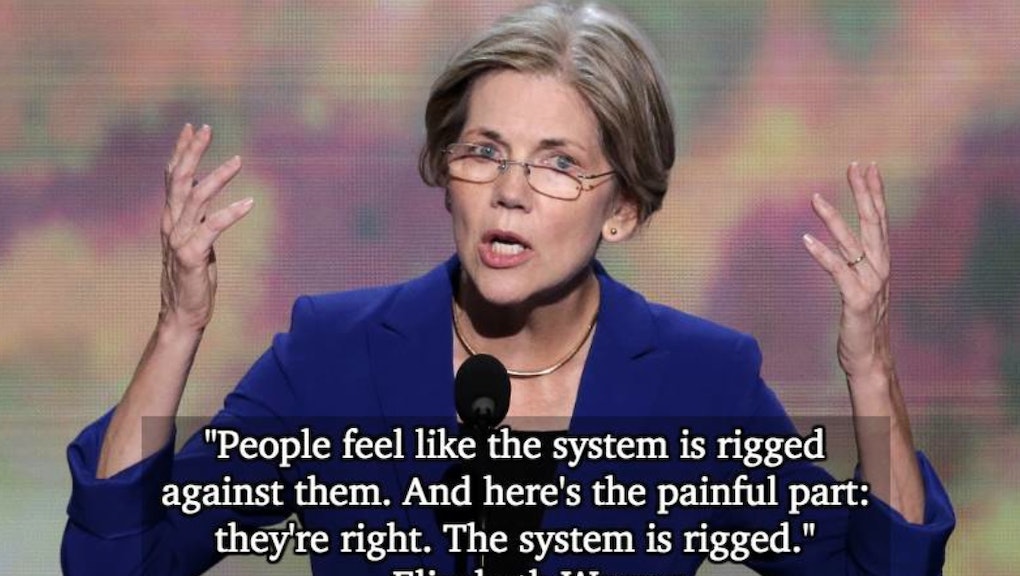 Sen. Elizabeth Warren (D-Mass.) arrived in Washington to help guide the country out of the economic crisis. Now, just a few years later, she has become one of the leading progressive voices in American political life and a liberal favorite to run for president in 2016.

It's easy to see why.

Warren's passionate support for raising the minimum wage, economic fairness, tighter regulations on big banks and better access to higher education for every student have made her a liberal icon.

Her appearances on The Daily Show with Jon Stewart -- smart, funny and frequent -- helped make her a household name with his young, mostly left-leaning audience.

Last week, in the aftermath of the GOP's Election Day sweep, Democratic leaders in the Senate drafted Warren into their leadership team. She has been charged with bridging the gap between the party establishment and the progressive activists who believe in her and her cause.

Here is the best of Elizabeth Warren, in her own words:

What's next? Leading liberal groups have been ramping up their calls for Warren to run for the Democratic presidential nomination in 2016. After her stirring speech at the Netroots Nation conference this spring, she left the stage to chants of "Run, Liz, Run!" But Warren says she's backing Hillary Clinton, even signing a letter pledging her support to the former first lady, senator and secretary of state.

She might not be running this time around, but Elizabeth Warren and her die-hard supporters will be a political force to be reckoned with for many years to come.