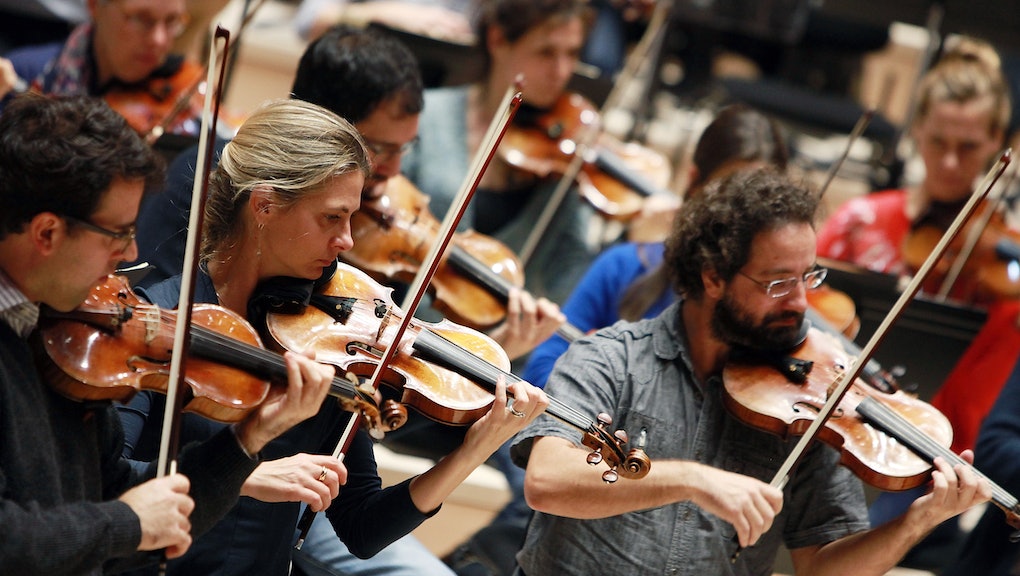 Songs about memories make up a huge portion of our musical canon. Whether about a past love, a loved one who's passed or an old sound, music is almost always in some way about memory.

New scientific research may have determined why this is: Musicians actually may have much more well-developed long-term memories than non-musicians.

Scientists at the University of Texas at Arlington have found the first strong evidence that playing a musical instrument can provide significant benefits to long-term memory.

The benefits of musicianship in short-term memory, linguistic abilities and spatiotemporal faculties is already well established by neurological research.

"What we wanted to know is whether there are differences between pictorial and verbal tasks and whether any advantages extend to long-term memory," said Heekyeong Park, assistant professor of psychology and leader of the study. "If proven, those advantages could represent an intervention option to explore for people with cognitive challenges."

To study it, Park and her assistant, graduate student James Schaeffer, listed both verbal and pictorial items for musicians and non-musicians. Then they presented the groups with groups of similar items and asked them to recall which they had already seen. They studied participants' short-term or working memory under short time constraints, followed by tests on long-term memory, which had them recall items after the session was already complete.

What they found was striking. Park measured participants' neural responses with electroencephalography (EEG). Trained musicians who had been playing classical music for more than 15 years performed far better than non-musicians on the working memory tests. In long-term memory tests, musicians registered increased sensitivity with regards to memory for pictures.

Park believes that classical musicians experience parsing complex musical scores explains the boost. It stands to reason: a musician's craft is all about memory — whether it's remembering a score or having a song drilled into your muscle memory. But though the data is strong, it's still inconclusive. She plans to repeat the study with more musicians to dig deeper into the reasons behind the findings.

One thing is clear though. The list of cognitive benefits of learning to play musical instruments continues to grow. And it doesn't seem like we're anywhere close to realizing the full spectrum of benefits yet.