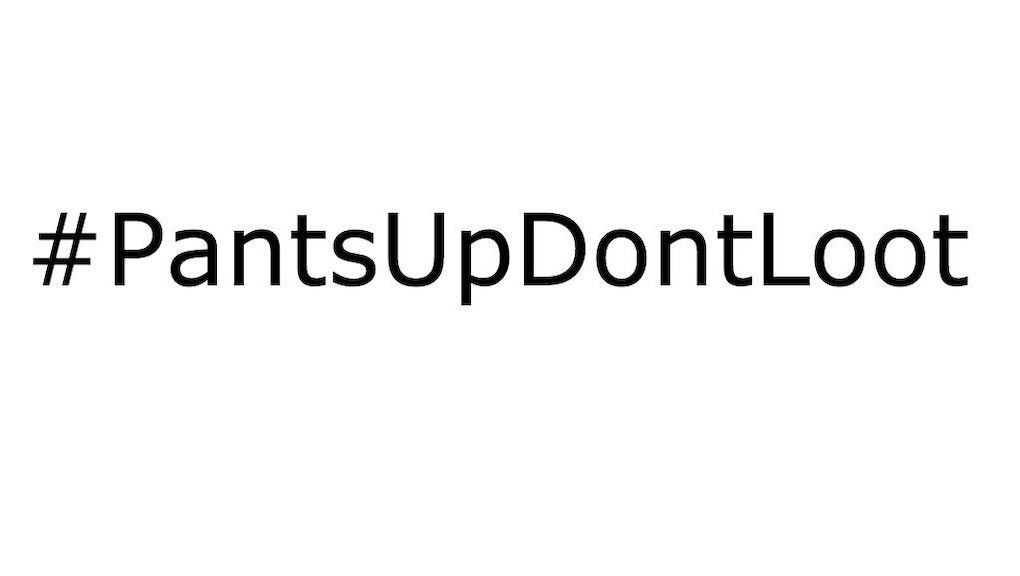 One Ignorant Ferguson Billboard Completely Misses the Point of the Protests

It's been months since the death of Missouri teen Michael Brown ignited a national debate on race and police brutality in America. And yet it seems the more things change, the more they stay the same.

This willful ignorance was on display this week after the discovery of a billboard proposed for Ferguson emblazoned with the words, "Pants up, don't loot."

A clear twist on the anti-police brutality chant, "Hands up, don't shoot," the billboard is apparently being crowdsourced in part by the supporters of Officer Darren Wilson, the man accused of shooting the unarmed 18-year-old Brown on Aug. 9.

Far from offering any insight, the billboard recycles the stereotype that Ferguson protesters are all riotous rabble-rousers up to no good. In reality, a militarized police force and little transparency surrounding the shooting investigation fanned the flames of racial tensions in the area, not the other way around. Violence and looting aren't the way to bring a resolution to a tragic situation, and that's not how the original phrase, "Hands up, don't shoot," became part of the conversation about Ferguson.

Just over $3,500 was collected for the billboard, which features a phrase created to mock those protesting and organizing in Ferguson who seek justice for Brown. According to a report from the Raw Story, Don Alexander from Brentwood, Tennessee, set up the Indiegogo campaign Oct. 28 with a $3,000 goal. The campaign is now closed, and all of its details have been deleted from the page. But before that happened, Alexander's message read, "Whatever funds we receive will go directly to keeping the billboard campaign up as long as possible. If we come to an agreement with a company and can fund it for 3 months, 5 months, 7 months..., we will."

He also says the selection of a billboard company will be kept secret because "the companies we choose are being targeted with the intention of shutting us down and making it impossible for the project to move forward."

To take a cheap shot at a chant started by peaceful protesters takes the focus away from issues with police in the area and puts the blame on communities being victimized. Hopefully billboard owners in the area will realize that and not erect this display. Should it be put up, let intense public pressure bring it down.