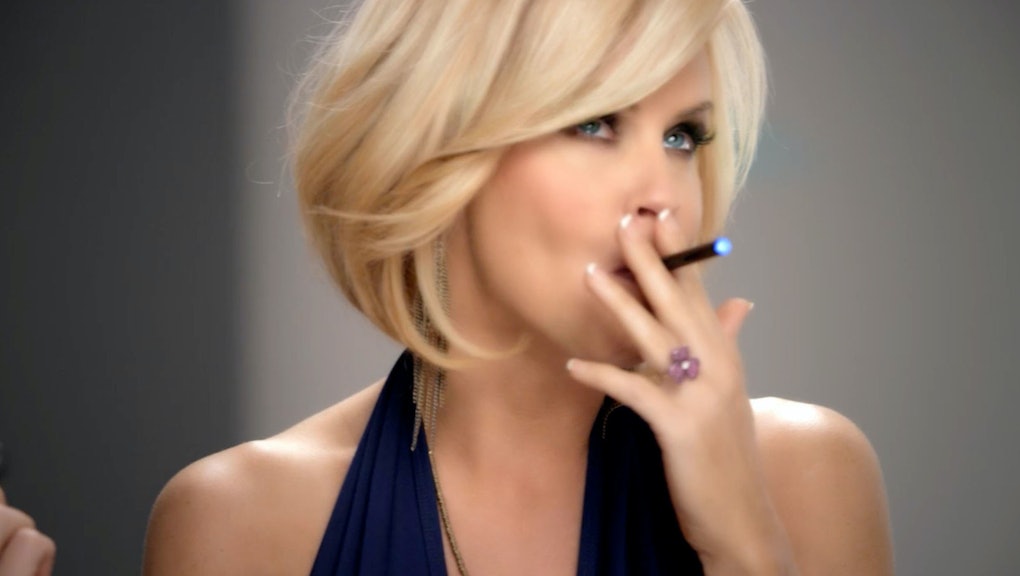 Science Has Good News for People Who Smoke E-Cigarettes

Is it time to put out that cigarette and plug in a vaporizer? New research from the University of Leuven published in the International Journal of Environmental Research and Public Health has found striking evidence that e-cigarettes may actually be a useful tool for smokers looking to quit.

Though past reports have argued against e-cigarettes usability as quitting aids, the newly released data seems to reveal surprisingly beneficial capabilities of these electronic vaporizers.

The study: Over the course of eight months, researchers monitored the effects of e-cigarette use on 48 volunteers. The participants were divided randomly into three groups, two of which were permitted to use both electronic and regular cigarettes for the first two months of the study and a third control group that only smoke regular ones for two months and then e-cigarettes for the last six months. The only difference between the first two groups is which model e-cig they used, but the researchers found no differentiation bias between the two.

Over the first two months, e-cigarettes were about as effective as a normal cigarette at fulfilling the urge to smoke, and the e-cig smokers were exhaling less poisonous carbon monoxide. But after the full eight months, when everyone had been given access to the e-cigs, there were remarkable results.

That's pretty impressive. However, like other smoking replacement techniques such as nicotine gum or patches, long-term results may vary. A similar study published in Tobacco Control in 2012 concluded that nicotine replacement therapy wasn't very effective at preventing subsequent relapse, although the research didn't involve e-cigarettes. In general, research has largely suggested e-cigarettes are comparable to other cigarette substitutes.

Since nicotine is such an addictive substance, it is still going to take some time to see how well e-cigarettes stack up against other quitting techniques.

So are they safe? In general, the jury is still out on e-cigarettes overall safety. There's no question they're better for the human body than normal tobacco, which causes over 1 in 5 deaths in America. However, in May a team from the Center for Tobacco Control Research and Education published a report in Circulation saying that e-cigarettes delivered potentially risky levels of nanoparticles, which are linked to asthma, stroke, heart disease and other conditions.

Other research has found that some e-cigarette liquids have been found to contain solvents that are known lung irritants, while second-generation e-cigarettes that allow users to control the voltage could potentially produce carcinogenic carbonyls. (Risk may vary according to the type and quality of vaporizer and fluid used.) Another study from pulmonary and critical care physician Laura Crotty Alexander found that exposure to e-cigarette vapors made antibacteria-resistant bacteria grow faster in the lungs of mice.

That said, most scientific agencies seem to agree vaping is much, much safer than smoking. Groups like the American Heart Association have publicly endorsed e-cigarettes as a last-ditch option for smokers trying to quit. This newest study will add fuel to the fire and back up proponents' arguments that e-cigarettes are a useful quitting tool.