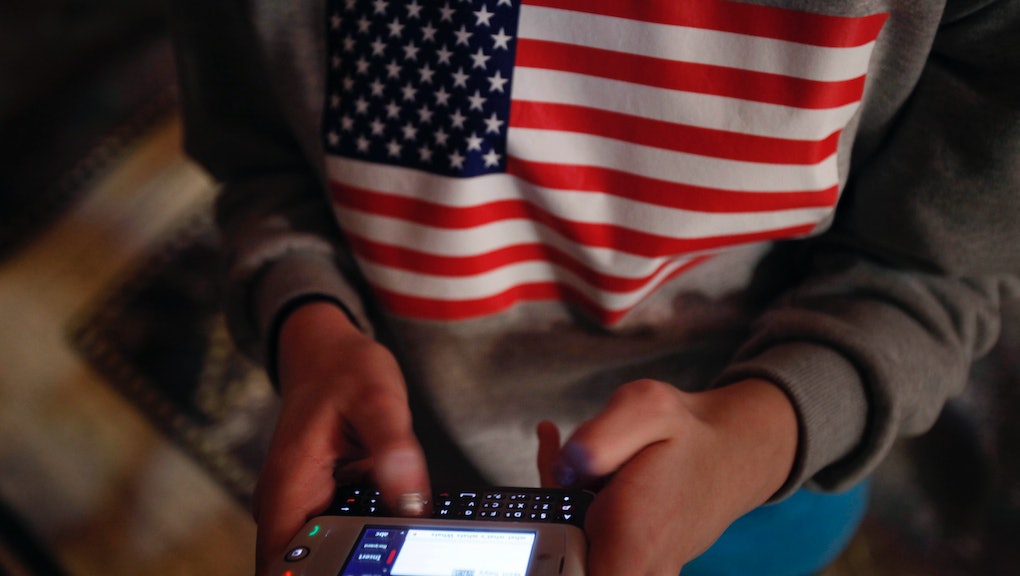 One Graphic Reveals How Texting Is Ruining Your Body

The news: If you're looking at a Snapchat, drop your phone right now, or at least raise it to eye level. A new study published in the journal Surgical Technology International has some bad news for those of us with a smartphone obsession.

Dr. Kenneth Hansraj, a spinal surgeon from Poughkeepsie, New York, used a computer model to estimate that looking down at your phone can exert up to 60 pounds of downward force on the spine, depending on the tilt angle of your head.

Hansraj argues that this posture, when practiced habitually for years, can ultimately be detrimental to the spine as well as the muscles in the back and neck, perhaps even to the extent of necessitating surgery.

Ergonomics everywhere: It's bad enough that the everyday ergonomics of our schools, offices and other work environments are literally killing Americans by forcing them into a sedentary lifestyle, contributing to problems such as heart disease, obesity and diabetes. But the realization that bad back tendencies can extend to every part of our lives, even when we think we're standing up straight, is an alarming find.

According to a Nielsen study from earlier this year, Americans engage in an average of seven smartphone sessions a day, totaling almost an hour. While the social implications of this much time and attention spent on a digital screen are bad enough, now we know there are real medical problems that could result from this bad habit. So next time you're thumbing through emails or engaged in an hourlong Tinder swipe-fest, hold the phone up to your face. Your back will thank you.