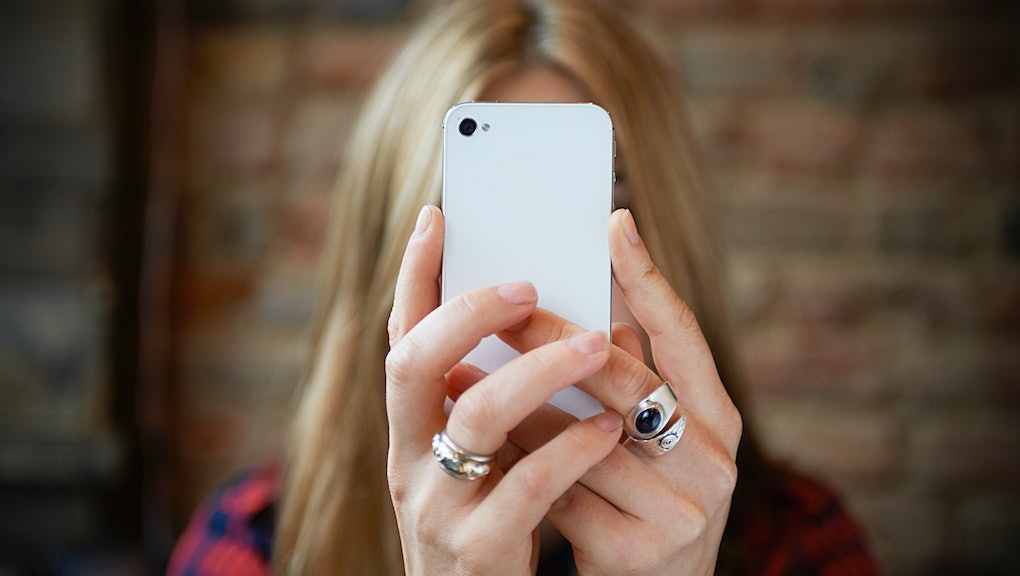 Anyone who's ever had a crazy texting interaction with a romantic partner felt more than a little validated when the insanity that is this text message, shared by an Aussie woman, went viral:

The list is clearly absurd, not to mention insulting. (It's 2014, buddy -- you don't get to declare a woman's cussing unladylike.) But there's something else that seems wrong about this text message, something that speaks to a troubling issue with dating today:

This was clearly an instance in which you should not be breaking up over text.

Breaking up with someone over text isn't always a horrible crime; in fact, there are certain instances in which we've come to deem it acceptable. One survey, done in 2013 by dating company Spark, found that 59% of singles were OK with breaking up over text if the relationship had been "casual."

But the detailed, six-point list put fourth by "Bobo" makes it clear he saw the relationship as anything but casual. One clear sign: "You won't include me in things like the wedding this weekend. I should have been the one to escort you." Attending weddings as someone's significant other? Definitely a big deal.

Another key sign Bobo was taking this thing seriously? "You refuse to update your relationship status on Facebook." It's just a simple action, many people don't bother to update their statuses until things are much farther along — if they do at all. As Liz Hohenadel wrote on Vogue.com, only getting engaged to her now-fiancé prompted her to reconsider her digital status. The changing of the status is serious business.

As Gizmodo put it, "A text is a cop-out, a grenade you can throw from a safe distance." It's something reserved for the guy you went on inconsequential, drunken dates with, then forgot about, or the first date that went so disastrously, clearly neither partner wanted a second.

It's definitely not for a relationship that includes the label "boyfriend." Or for one that's Facebook-official. Or one in which weddings are being jointly attended.

"Bobo" clearly thought his cat-dissing girlfriend was the one with the deplorable behavior. The hilarious breakup text clearly proves otherwise.