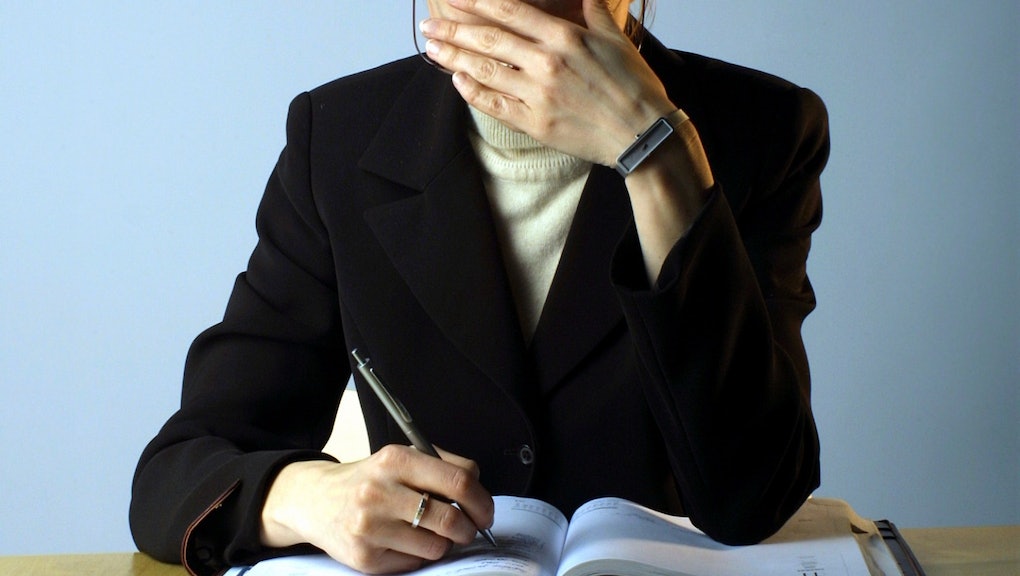 Science Reveals Another Major Hurdle for Women in the Workplace

The news: Women already face a lot of obstacles when it comes to attaining leadership positions in the workplace. But it turns out that even when they do get the job, they still face an uphill battle.

"What's striking is that women with job authority in our study are advantaged in terms of most characteristics that are strong predictors of positive mental health," said lead author Tetyana Pudrovska in a statement. "These women have more education, higher incomes, more prestigious occupations, and higher levels of job satisfaction and autonomy than women without job authority. Yet, they have worse mental health than lower­-status women."

Why do female bosses have it harder? For this study, researchers at University of Texas at Austin surveyed thousands of men and women to determine how their workplace authority related to their mental health. What they found was that while female bosses may enjoy greater authority, they are also more likely to face discrimination and prejudice at work.

"Years of social science research suggests that women in authority positions deal with interpersonal tension, negative social interactions, negative stereotypes, prejudice, social isolation, as well as resistance from subordinates, colleagues and superiors," Pudrovska said. "Women in authority positions are viewed as lacking the assertiveness and confidence of strong leaders. But when these women display such characteristics, they are judged negatively for being unfeminine. This contributes to chronic stress."

And while unflattering adjectives such as bitchy and pushy are often used to characterize female bosses, that's not the case for assertive male bosses. "Men in positions of authority are consistent with the expected status beliefs, and male leadership is accepted as normative and legitimate," Pudrovska added. "This increases men's power and effectiveness as leaders and diminishes interpersonal conflict."

Even more strikingly, more women prefer to have a male boss than men do:

A Pew Research Center poll earlier this year also found that women were not only less likely than men to say they want to be the boss, but 53% of them actually said that they would prefer to not be the boss.

Given all the obstacles women face on their way up the corporate ladder, it's not hard to understand why they might feel that way.