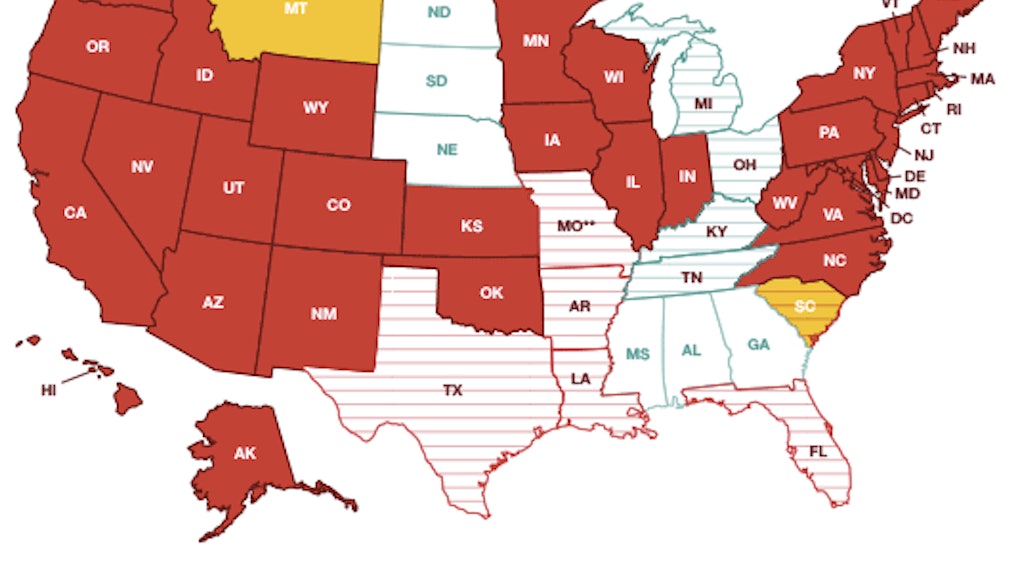 Despite Marriage Equality, Straight People Still Have a Big Problem With Gays

The news: Marriage equality has had a great run lately. On Wednesday, a federal judge struck down Montana's ban on gay marriage, making it the 34th state where same-sex couples can get married. But while national support for same-sex marriage might be higher than ever, that doesn't mean that all attitudes regarding gay and lesbian couples have changed for the better.

The study: Researchers at Indiana University surveyed more than 1,000 people and presented them with one of three scenarios: a gay couple, a lesbian couple and a heterosexual couple. And while most people said same-sex couples should enjoy the same legal benefits as heterosexual couples, many expressed discomfort at the idea of innocuous public displays of affection between gay couples, as Phys.org reports:

"Support for legal benefits for gays and lesbians should not be conflated with favorable attitudes toward same­-sex couples in general," lead author Long Doan said in a statement. "We come to the conclusion that although heterosexuals may be increasingly willing to grant legal benefits to gay and lesbian couples, entrenched prejudice that takes on subtler forms may remain."

What does this mean? While a lot of people might support same-sex benefits as a matter of principle, that doesn't necessarily mean they are comfortable with homosexual behavior in real life.

Another noteworthy finding from the study is that this aversion seems to extend to some gay and lesbian people as well; researchers found that a significant number of non-straight respondents expressed discomfort at PDA among same-sex couples, perhaps due to harassment they might have experienced from engaging in such behavior.

So while it might seem like the country is making headway in guaranteeing legal benefits for same-sex couples, there is still much to be done when it comes to changing actual hearts and minds.