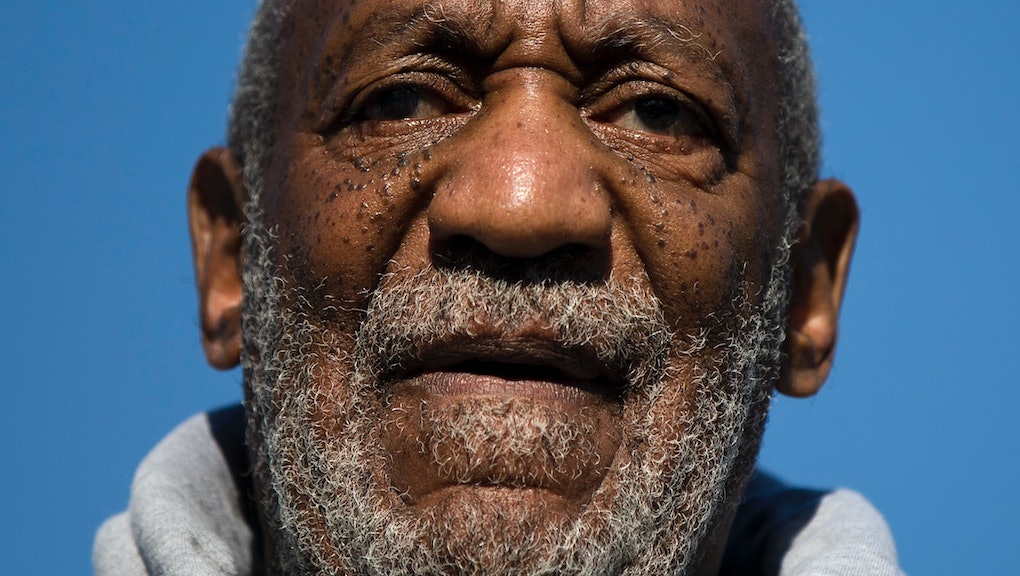 So You Think Bill Cosby Is a Serial Rapist. Now What?

By now, almost everyone has heard about the multiple rape allegations against Bill Cosby. What was once a fairly taboo topic of conversation has shot to the forefront of the American consciousness due to the public statements of several of the alleged victims and the ensuing media firestorm. Dormant for years, public outrage is finally building, not just about what the famed comedian might have done, but also about what can be done about it.

Cosby is clearly being tried in the court of public opinion, but will he ever see the inside of an actual courtroom?

In short, probably not. The reality is cases like this are complicated. Although multiple victims have come forward accusing Cosby of rape, each detailing versions of abuse that fit a pattern, they have done so years, even decades, after the assaults allegedly occurred. And while a delay in reporting sexual abuse is very common (for many reasons), legally it makes investigating and prosecuting the crimes extremely difficult.

Ultimately, a lack of forensic evidence coupled with legal statutes of limitations means there's essentially no way current Cosby rape allegations would be used by prosecutors in a criminal proceeding.

As notable women's rights advocate and attorney Gloria Allred told Mic, "We don't know of any alleged victim that has come forward who is within the statute of limitations so that she could ... seek an arrest and criminal prosecution of Mr. Cosby. Until there is such a person, this is not going to be litigated or prosecuted in a court of law."

Silence isn't always golden. Cosby isn't doing himself any favors by remaining silent on the matter; more than anything, he and his legal team's deliberate attempts to dismiss the issue raise eyebrows, leaving the public with more questions than answers.

Allred says the silence is telling in a different way. If the civil suit Cosby settled for undisclosed terms in 2006 contained a confidentiality agreement, both parties could be prohibited from discussing the particulars of that case.

Still, any confidentiality clause from 2006 doesn't apply to newer allegations, including those made most recently by Janice Dickinson and Joan Tarshis.

While the sheer number of women who have spoken out is shocking in its own right, the fact remains there is no physical evidence linking Cosby to the alleged rapes. Without this, we can certainly believe he did it, but we can't prove it.

All we're left with is the court of public opinion, which, as Hanna Rosin pointed out in Slate, "is thoroughly sloppy." Indeed, as Slate's Dahlia Lithwick wrote in the aftermath of Dylan Farrow's accusations that Woody Allen sexually assaulted her, "There are no rules of evidence, no burdens of proof, no cross-examinations and no standards of admissibility."

Nonetheless, there is something to be said for the stories of 15 women who have no hope of seeing their alleged attacker face justice.

"These women coming forward have nothing to gain. They actually are taking a risk, because Mr. Cosby could sue them and say he's being defamed," Allred told Mic. "However, I think it's unlikely he would do that, because then it would become a court proceeding ... and he would have to testify under oath, the women would testify under oath. I don't think that's something Mr. Cosby would welcome."

So what can we do? Even without legal proceedings, Cosby is finally paying a price. He may not be in handcuffs, but his career is taking a hit. Wednesday, TV Land announced that it will no longer air re-runs of The Cosby Show, and Tuesday both NBC and Netflix announced they are dropping Bill Cosby projects from their lineups.

It seems Cosby's reign as America's wholesome father figure is over. And while there are some who will defend Cosby, doing so won't be as easy as it was five years ago. As The Atlantic's Ta-Nehisi Coates noted, "Believing Bill Cosby does not require you to take one person's word over another -- it requires you take one person's word over 15 others."

Until an alleged victim steps forward who can pursue legal avenues of justice, public shaming may be the only mechanism available. It's not necessarily justice for these women, but at least it's something.