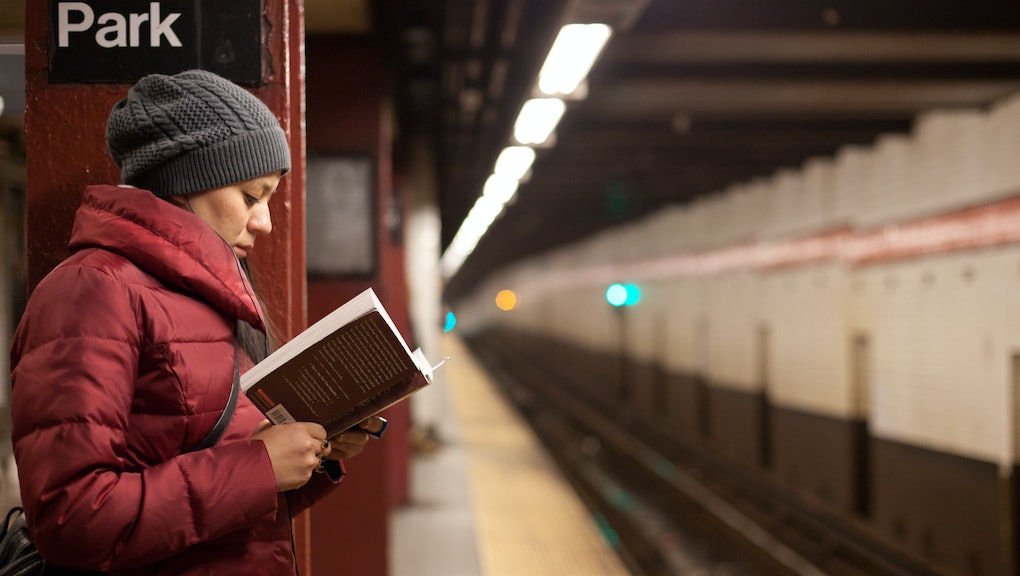 Science Shows Something Surprising About People Who Still Read Fiction

They tend to be more empathetic toward others.

It's not news that reading has countless benefits: Poetry stimulates parts of the brain linked to memory and sparks self-reflection; kids who read the Harry Potter books tend to be better people. But what about people who only read newspapers? Or people who scan Twitter all day? Are those readers' brains different from literary junkies who peruse the pages of 19th century fictional classics?

Short answer: Yes — reading enhances connectivity in the brain. But readers of fiction? They're a special breed.

Specifically, researchers found heightened connectivity in the left temporal cortex, part of the brain typically associated with understanding language. The researchers also found increased connectivity in the central sulcus of the brain, the primary sensory region, which helps the brain visualize movement. When you visualize yourself scoring a touchdown while playing football, you can actually somewhat feel yourself in the action. A similar process happens when you envision yourself as a character in a book: You can take on the emotions they are feeling.

It may sound hooey hooey, but it's true: Fiction readers make great friends as they tend to be more aware of others' emotions.

In the study, empathy was only apparent in the groups of people who read fiction and who were emotionally transported. Meanwhile, those who were not transported demonstrated a decrease in empathy.

Need more proof? Psychologists David Comer Kidd and Emanuele Castano at the New School for Social Research focused on the effect of literary fiction, rather than popular fiction, on readers.

For the experiment, participants either read a piece of literary fiction or popular fiction, followed by identifying facial emotions solely through the eyes. Those who read literary fiction scored consistently higher, by about 10%.

"We believe that one critical difference between lit and pop fiction is the extent to which the characters are complex, ambiguous, difficult to get to know, etc. (in other words, human) versus stereotyped, simple," Castano wrote to Mic.

Literary fiction enhanced participants' empathy because they had to work harder at fleshing out the characters. The process of trying to understand what those characters are feelings and the motives behind them is the same in our relationships with other people.

As the Guardian reports, Kidd argues that applying the skills we use when reading critically to the real world makes sense because "the same psychological processes are used to navigate fiction and real relationships. Fiction is not just a simulator of a social experience, it is a social experience."

The world around is as real as it gets. Might as well indulge in some fiction. Science says it'll make you better at interacting with people.