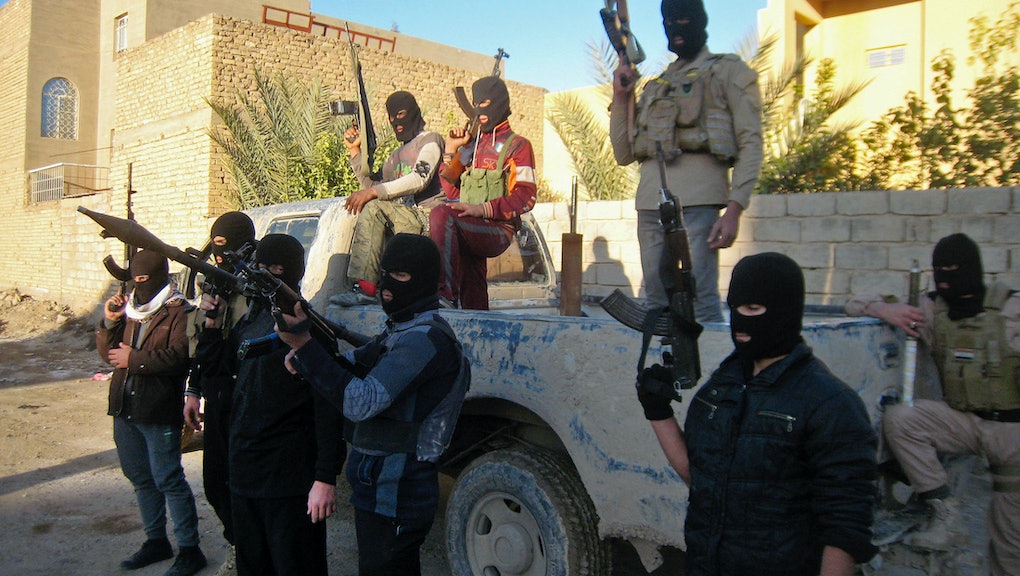 The War on Terror Has Totally Backfired

The number of deaths associated with terrorism is on the rise — and America's war on terror may actually be to blame.

Not only is the geographic imbalance glaring -- the majority of last year's 18,000 fatalities occurred in Afghanistan, Iraq, Nigeria, Pakistan and Syria -- but it also corresponds with the deployment and expansion of the U.S. military across the region.

Wait, so the battle against terrorism just created more terrorism? Yes. One clear catalyst is the invasion of Afghanistan in 2001, dubbed "Operation Enduring Freedom," which marked the beginning of America's seemingly irreversible "war on terrorism." The operation also endured public criticism and, thanks to faulty intelligence and institutional momentum, fueled an invasion of Iraq in 2003.

There is a familiar pattern emerging as the knee-jerk approach of U.S. foreign policy continues in Iraq and Syria. In early October, the CIA detailed how its previous efforts to covertly arm and train insurgents around the world were rarely successful. Ineffective 20th-century military efforts in places like Cuba, Nicaragua and Afghanistan are just a few examples.

Despite the internal review and historic examples that should elicit caution, the Obama administration recently approved the doubling of military personnel currently on the ground in Iraq, after announcing a withdrawal.

What's the nature of modern terrorism, exactly? The Global Terrorism Index reports that modern terror is "both highly concentrated as well as a globally distributed phenomenon," indicating that not only is the intensity of terrorism increasing, its reach is expanding too.

Unsurprisingly, terrorism around the world is dominated by four groups: the Taliban, Boko Haram, Islamic State and al-Qaida.

The takeaway: Though the number of terror-linked deaths is rising, the location of fatalities is limited to regions facing serious political and social turmoil. The ultimate question: Is the U.S. fighting an endless, unwinnable war?

The report notes that of the total number of fatalities, only 5% occurred in the 34-nation Organization for Economic Co-operation and Development, which consists of wealthy, industrialized economies like the United States, the United Kingdom and other countries fighting the common, evasive enemy.

Though these countries are the go-to target of threats by groups like the Islamic State, all have suffered relatively few attacks on their soil since the Sept. 11, 2001, attacks in the U.S. and the London Underground suicide bombings on July 7, 2005.

Rather than spending billion of dollars to eliminate leaders (Osama bin Laden) who are quickly replaced by another equally ruthless extremist (the self-proclaimed Islamic State caliph, Abu Bakr al-Baghdadi), policy towards the region could pivot toward reducing state-sponsored violence and addressing the root causes of group grievances and hostilities, which are, too often, poverty and lack of education.

Although terrorism is on the rise and a major concern for national security, the perceived threat and risk to the U.S. is arguably small when compared to the 12,087 deaths from homicide in 2013 or the overwhelming number of Americans and Mexican killed in cartel-related violence.

As the "war on terror" continues to backfire, the pivot needs to turn inward.