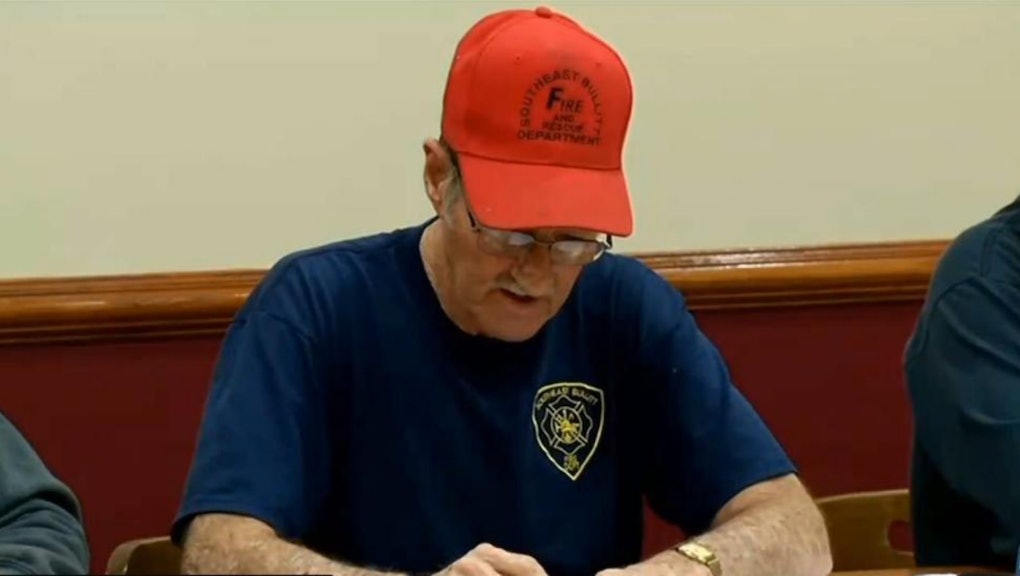 If Anyone Tells You Racism Is Over in America, Show Them This Fire Chief

If you're a black person traveling through Bullitt County, Kentucky, you shouldn't expect much help from the local fire department when you're in trouble.

Here's what happened: Video posted by local news station WDRB seems to show Southeast Bullitt Fire Chief Julius Hatfield calling a black family involved in a two-car accident "niggers" while simultaneously going out of his way to provide far better assistance to the white man in the other vehicle.

Chege Mwangi claims that he, his wife and two children were treated differently than pickup truck driver Loren Dicken after they collided on I-65 in September. Dicken was injured in the collision, explaining some of it, but video from a sheriff's deputy's body cam shows that Hatfield may have also targeted Mwangi for poor treatment as a result of his race.

Video from a Bullitt County sheriff's deputy's body camera shows Hatfield's department responding to a car accident on I-65, south of the Clermont exit in September.

Hatfield then offered the white family a free tire change, in order to "save [them] a bill." Dicken was taken to the hospital and released, after which firefighters did him the courtesy of driving him to the firehouse to retrieve his car.

But Mwangi received an entirely different standard of treatment. Firefighters didn't assist him or his family, and a sheriff's deputy told him to call AAA instead.

Then it got even worse. In a separate incident, WDRB reporter Valerie Chinn asked Hatfield about "financial mismanagement and empty firehouses" in the fire department, inspiring the following jaw-dropping exchange in which the fire chief resorted to racist taunts:

"Why are there so many firehouses that are empty?" WDRB's Valerie Chinn asked Hatfield at the meeting.

During that same 10-minute meeting, Hatfield allegedly threw a microphone at Chinn. He later apologized, as well as stated he didn't remember saying the N-word on I-65. According to Hatfield, it must have been a slip of the tongue.

Why you should care: It wasn't a slip of the tongue, and this is far from an isolated incident. In 2012, an Associated Press poll found that 51% of Americans express "explicit anti-black attitudes," up from 48% in 2008. An implicit racial attitudes test actually found anti-black bias existed in 56% of those polled. Similar results were found for non-Hispanic whites. Basically, there's still a lot of anti-black racism lurking around the country even if white people refuse to believe it.

There's a reason minorities tend not to trust the authorities: Scholarly research has found they report more direct negative personal experiences with law enforcement. Meanwhile, minorities often receive less or slower help than whites during emergencies. There's even a psychological basis for this. A 2008 study published in the Journal of Personality and Social Psychology found that "severe emergencies with black victims elicited high levels of aversion from white helpers, and these high levels of aversion were directly related to the slower help offered to black victims but not to white victims."

These are big obstacles for minority Americans, and it's even worse when someone whose job is to protect the population is running around dropping the N-bomb. That's just terrible.