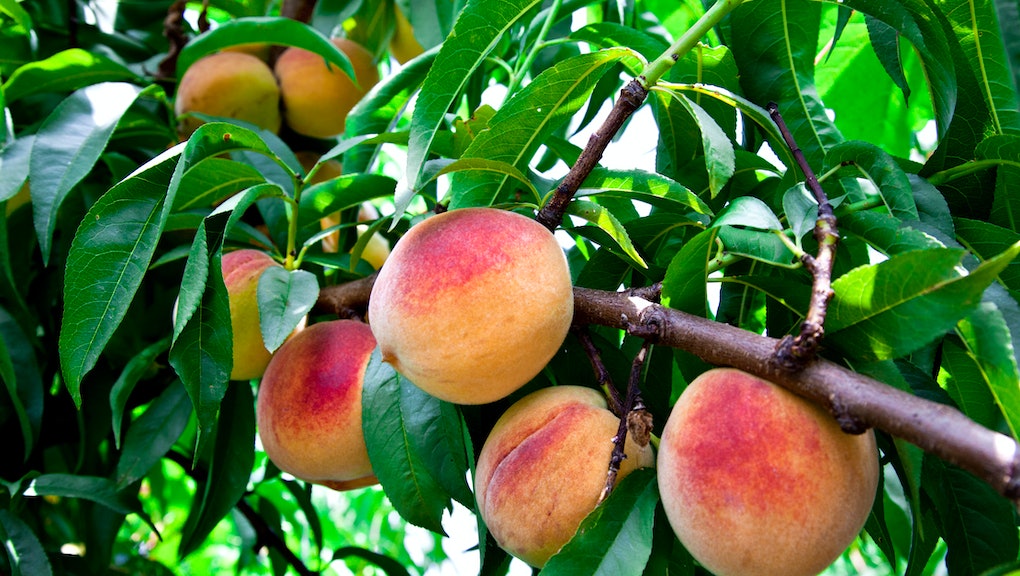 As if the world of startups isn't already dominated enough by "tech bros," two men in the Bay Area just came up with a product idea they think could change the world, one vagina at a time.

The concept? A drink that makes vaginas smell like ripe peaches.

The probiotic beverage, called Sweet Peach, is purportedly designed to help stop yeast infections, but will come with the added benefit of making vaginas smell like fruit. In reality, the idea is far from sweet. Inadvertently or not, Sweet Peach is ultimately yet another product idea that sends the message that women and girls should be worried or ashamed about their anatomy.

Austen Heinz and Gilad Gome, the brains behind biotech startups Cambrian Genomics and Personalized Probiotics, presented Sweet Peach at the DEMO conference Wednesday afternoon. According to a report from Inc. magazine, the duo are attempting to frame the idea as part of some sort of positive movement.

"The idea is personal empowerment," Heinz said in the presentation, according to Inc. "All your smells are not human. They're produced by the creatures that live on you."

Sit on that for a moment, because the smell they have next on their pecking order has nothing to do with men's nether regions. Believe it or not, Heinz and Gome are also looking into making dog and cat poop smell like bananas. Apparently, vaginas and pet feces are the smells these two Silicon Valley dudes are most invested to biohacking. It's an insulting parallel to say the least.

At best, the whole thing is a spin on the vast market of feminine hygiene products. While some of these products have very real benefits, many of them largely play on insecurities about women's bodies, specifically how they look and how they smell.

For example, Playtex unveiled its "Fresh and Sexy" wipes last year as a way to "freshen up" the vagina both before and after having sex. As Jessica Sager wrote for Gurl.com, the product release struck a problematic tone: "In order to be sexually desirable, women need to be clean where it counts."

Hygiene is something on everyone's mind, of course, but Sweet Peach's implications reach beyond that. Many people bathe and use all kinds of soaps, oils and washes to keep bodies, including their nether regions, feeling and smelling fresh. But to suggest that one can -- or should -- drink their way to a perpetually fruity vagina represents an unfortunate attitude rooted in the sexist misconceptions men have about women's bodies.

Tellingly, there is no male product planned. As Maria Aspan notes, had women been consulted, Sweet Peach may have been called Rugged Mist or Leather Smoke and concentrated on the equally pressing problem of "stinky manly genitalia."

Ultimately, there's so much more men in biotech could prioritize to make human life better besides worrying about how a person's privates smell. "Why on earth would the DEMO conference (tagline: 'New tech solving big problems') consider the issue of women's bodies -- which are, as if this needs to be said, not grosser than any other humans' bodies, and which are possessed by 51 percent of the U.S. population -- a 'big problem' to solve?" Aspan concludes. "Who's giving these men advice or approval of their quest to solve this non-problem? And, to borrow a line from an adjacent issue, can they please keep their peachy bullshit far, far away from my uterus?"