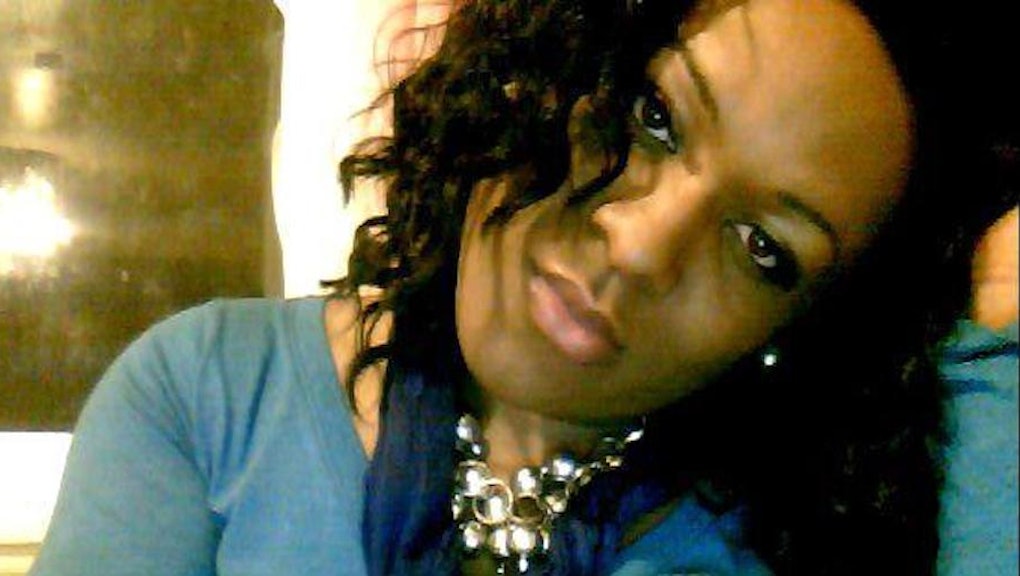 These 11 Murder Victims All Have One Thing in Common

According to her mother, Kidd-Stergis once planned to attend cosmetology school at Cuyahoga Community College. But on Dec. 6, 2013, she was found shot to death inside of her car parked not far from a Cleveland public housing facility. She was only 22 years old.

Almost one year later, her killer plead guilty to aggravated murder and could spend the rest of his life in prison.

It seems like there will be justice for Kidd-Stergis. But in America and around the world, transgender people and their supporters pause each year on Nov. 20 to remember all of those for whom there will be no closure.

The problem? The disproportionately high rates of murder and suicide for transgender people.

The first Transgender Day of Remembrance was held in the Castro District of San Francisco in November 1999 in response to the recent murder of Rita Hester, a trans woman. In the years since, similar events have been held around the world to remember the trans people lost each year due to violence fueled by anti-trans discrimination and stigma.

And at each event, attendees share stories honoring the living, but it is also an important opportunity to memorialize the names of the ones who have died, speaking their names into an otherwise silent, somber room.

Here are the names of 10 other U.S. trans people whose murders year were documented and reported by media outlets since the last Day of Remembrance. And there are many more names from around the world:

According to research commissioned by the National Center for Transgender Equality and the National LGBTQ Task Force, 41% of trans people reported attempting suicide, a rate more than 20 times higher than the general population — 61% reported surviving at least one instance of physical violence.

In New York City, supporters joined the Audre Lorde Project, a community organizing center, for a local observance on Nov. 19. Members of the organization noted that although names are read every year, the list will always be incomplete.

"Many murder cases of trans people simply aren't reported. We have a lot of missing people who aren't accounted for," Alok Vaid-Menon, the organization's communications coordinator, said in an email to Mic. "Many people are misgendered when they die."

In a column for the Huffington Post, Transgender Day of Remembrance founder Gwendolyn Ann Smith highlighted that although the event is not one that's celebratory in nature, everyone should be paying attention to how transphobia impacts us all. "[Transgender Day of Remembrance] is not a quick and easy one-day way for organizations to get credit for their support of the transgender community," Smith wrote. "It's not something to trot out on the 20 of November and forget about. We should be working every day for all of us, living and dead."