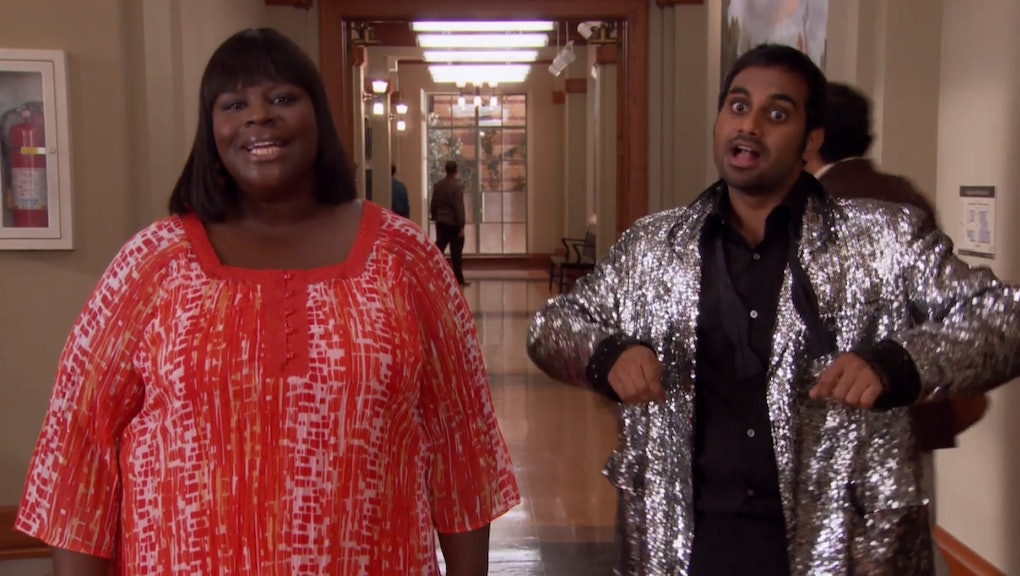 8 Holidays From Pop Culture We Need to Celebrate

The end of the year is always a landslide of holidays: First it's Halloween, then Thanksgiving is just around the corner, Christmas and Hanukkah and other December festivities come out of nowhere and before you know it, the new year is here.

Although these bring yearly traditions that people tend to love (turkey and mistletoe), sometimes it can feel a little monotonous. Thankfully, from fine leather goods to perfect jacket weather, pop culture has already created some of the best events that are missing from the calendar.

You might not get the day off at work, but check out these eight holidays that are totally worth celebrating for their hilarity, self-indulgence and creativity.

Forget celebrating Yule on Dec. 25 and get the partying ready for Dec. 23. Integral parts of Festivus include erecting the aluminum pole, practicing the Airing of Grievances and performing the Feats of Strength. The pole is an unadorned pole. The Airing of Grievances happens at the dinner table, where each person tells every other person in attendance how they've disappointed them over the past year. The night culminates in the Feats of Strength ritual: a wrestling match with the head of household until they are pinned to the floor, thusly ending the holiday.

At its core, Festivus is all about fighting the commercialization of Christmas. And while the confrontations (both vocal and physical) are a bit outrageous, the idea behind Festivus is noble(ish).

"What day is it?" dreamboat Aaron Samuels asks Cady Heron one fateful day in math class. "It's Oct. 3," Lindsay Lohan's character answers. Our love for pop culture behemoth Mean Girls has pretty much become timeless. With its smart writing, countless one-liners and memorable cast, it's necessary watching for everyone who experiences the strange ecosystem and social hierarchy that is high school.

Even if Oct. 3 only marks the day Cady's crush talked to her, do something fun, like go to Taco Bell. Or eat some Toaster Strudel. Perhaps rehearse your winter talent show routine with friends. Maybe you can try Sears. Oct. 3 has no limits.

Treat Yo' Self from Parks and Recreation

Tom and Donna changed the world when they celebrated Treat Yo' Self in a season four episode of Parks and Recreation. Each year, the amusing duo dedicates an entire day to total relaxation and extreme shopping. Clothes, fragrances, massages, mimosas, fine leather goods and more — even if there's no need for a crystal beetle and it's expensive, remind yourself: Treat yo' self. Even if your taste has you leaning toward a Batman suit rather than a cashmere sweater, again: Treat yo' self.

Whatever you think you don't need, you actually do need. Treat. Yo. Self. Everyone should be able to spend a day in total luxury and leisure. Treating yourself might do wonders for your skin, though probably not your wallet. But hey, we can dream.

May the Fourth Be With You from Star Wars

The actual holiday from the Star Wars franchise would be Life Day, a Wookiee holiday similar to Christmas which drove the plot for the failed 1978 Star Wars Holiday Special. But the pun-tastic "May the Fourth Be With You" should be the official celebration for the galaxy far, far away.

Since we're not talking about Life Day, we have to improvise a little on what to do for May 4. Suggestions include playing with lightsabers and traveling between planets, the usual Jedi shenanigans. Or we could just watch the whole movie series, since that's a day-long commitment.

Merlinpeen might have been a devious ploy by Frank, Toofer and Lutz to get out of Kenneth's complicated, rule-heavy Secret Santa Fun Swap, but the idea behind it is pretty genius.

Celebrating Merlinpeen, the Verdukian Holiday of Mouth Pleasures, includes leaving work early to go to the movies, enjoying oral relaxation, like meat-lover's pizza, and getting your teeth flossed. A pie loaded with pepperoni and sausage sounds way more appealing than testing your luck with a Secret Santa.

In Back to the Future Part II, this is the date that Marty McFly and Emmett Brown time travel to using the wondrous DeLorean sports car. Released in 1989, the movie portrayed 2015 as a futuristic time where human civilization had developed the likes of hovering skateboards and flying automobiles. With a somewhat small jump forward, the movie gave a sillier look at the near-future, while other television shows and movies tend to display a post-apocalyptic kind of world.

With Oct. 21, 2015, a little under a year away (there's even a website counting down the minutes), it doesn't look like the movie was all that accurate. But when the day does come, we can celebrate by evaluating what has and hasn't happened yet — and maybe watch the throwback film for good old times.

In retrospect, Miss America pageant contestant Cheryl from Rhode Island's answer to the question "Describe your perfect date" is actually pretty subversive. Forget romance — let's make the perfect date about the paradisiacal point in the year where all you need is a light jacket. While competing against a bunch of rehearsed belles and bombshells from across the country, it's one way to get noticed during a pageant Q&A.

In vein of Cheryl's brilliant response, let's spend the date simply relishing the mild weather of a fine April day. A picnic in the park with some fresh fruit and roast beef sandwiches — now that sounds like perfection.

In Futurama's Freedom Day, Earth's citizens are encouraged to do whatever they want without consequences — all in the name of freedom. This includes going nude and dancing on tabletops. For the Futurama characters, they celebrate by hot-tubbing naked, because that's obviously what you're going to do when you can do anything. Well, almost anything: The major conflict in the episode actually happens when Zoidberg eats an Earthican flag, which is seen as treason.

Moral of the story about having fun on Freedom Day: getting steamy in a hot tub naked, totally OK; consuming a national symbol, not OK. And while we should totally get a day like Freedom Day to indulge, we just need to hope it doesn't turn into a situation like The Purge.

With this list of holidays, don't Halloween and Thanksgiving seem a little stale? Candy corn and turkey will return year after year — might as well mix it up and celebrate one of these gems from television.