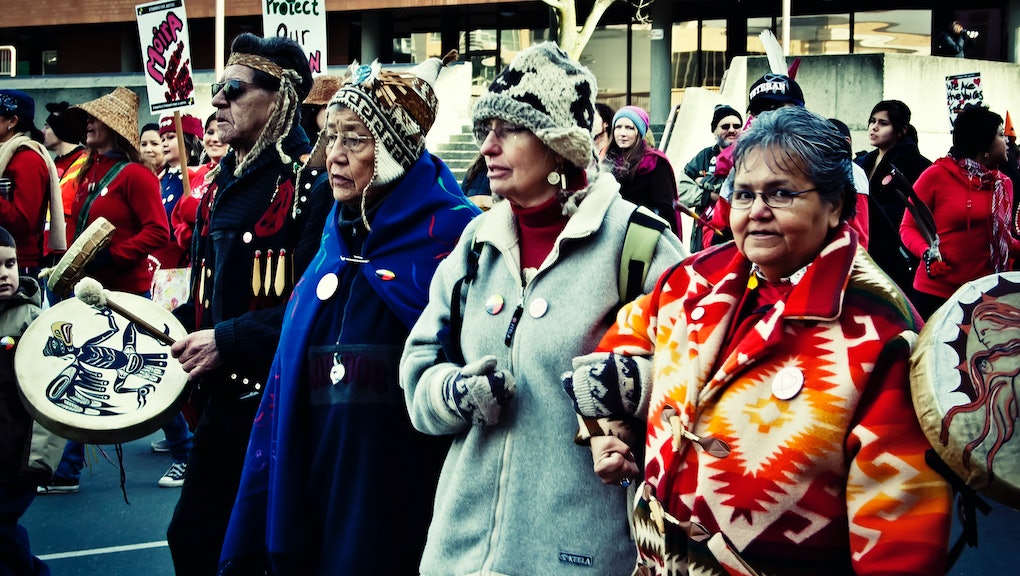 On Nov. 29, the Los Angeles-based hip-hop artist will take the stage at the Airliner performance venue in Lincoln Heights and improvise more than 17 hours of freestyle rhymes — the most in recorded history.

But there's a twist. In the 17th hour, RedCloud, who is a descendant of Mexico's Huichol people, will pay tribute to each of Canada's 1,200 missing or murdered indigenous women by name. It's a powerful statement about one of the unrecognized tragedies of the modern era.

Since the mid-1980s, more than 1,200 First Nations women have gone missing or been killed in Canada. The Globe and Mail reports this happens at a rate three to four times greater than that of the general population (indigenous women represent 4% of Canadians but 12% and 16% of missing and slain women, respectively).

Various risk factors are involved, including disproportionate rates of poverty, domestic violence and substance abuse, and a history of land theft and killing that persists in the form of socioeconomic devastation today.

"I've always wanted to break the record, but do it for something bigger than myself," RedCloud told Mic. "This issue is so deep in Indian Country. If I can freestyle about [these women] and get media involved, it could get the whole thing amplified."

The show will double as a fundraiser, too. Under the banner of Indigenous Angels — a quarterly L.A. performance series where indigenous artists and musicians assemble to draw attention to Native issues — proceeds will be raised to benefit the Stolen Sisters Awareness Movement, an Edmonton, Alberta-based organization dedicated to increasing awareness about the missing and murdered women.

RedCloud adds that Stolen Sisters is not only providing him with the women's names, it's also sponsoring key work in Canada, like dragging the bottoms of rivers for bodies — a task he says law enforcement gives up on too quickly.

"[The organization] also helps get the legal backing to reopen cases that have gone cold," he said.

But why is it taking place in Los Angeles? Two reasons: One, L.A. boasts the second-largest urban Native American population in the U.S. (after New York City), and RedCloud's social justice work relies on a broad network of like-minded supporters.

Yet perhaps more importantly, expressing solidarity across international boundaries is its own form of rebellion, a rebuke of the white colonial borders imposed on Native peoples since Europeans first invaded.

"We're keeping it borderless," RedCloud said. "We don't honor any of them. If we can walk there, we should be able to be there ... I don't see [people as] Mexican or Canadian or Salvadoran — I see Anishinaabe, I see Zapotec ... It's a movement of solidarity with all indigenous peoples."

RedCloud's performance comes at an especially fraught time for relations between indigenous people and their national governments. Canadian Prime Minister Stephen Harper recently provoked ire when he insisted on addressing the missing and slain women as a "crime" issue rather than a sociological phenomenon; in other words, ignoring that this problem specifically affects indigenous women.

"We have different goals than these governments," RedCloud says. "They want wealth and power. Our priority is our land, taking care of our people. So it's hard to be on the same page as the government, and I don't trust them."