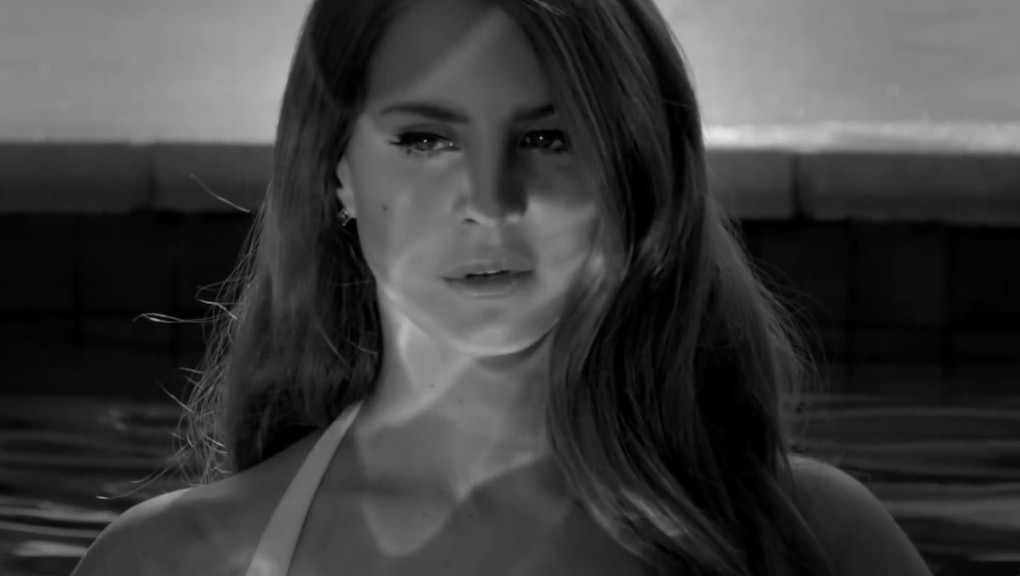 Disturbing footage leaked late Wednesday night of what appeared to be scenes from a scrapped Marilyn Manson video project. Particularly disturbing is one 27-second rape scene in which Lana Del Rey is sexually assaulted by horror-film director Eli Roth, the man behind Hostel. The singer is thrown down and pinned to a bed, crying and screaming in a Texas Chainsaw Massacre T-shirt, until Roth lifts himself off her. He walks away. Del Rey is left behind silent and in tears.

It's a painful scene to watch. But it's not just terrible because it's brutal. It's a troubling perpetuation of what has become all too common in Del Rey's persona — she frequently romanticizes abusive relationships, and people actually listen to her (you can view the video here).

Released by Sturmgruppe, the NSFW video (since removed) contains a handful of unsettling clips, from a woman held screaming underwater to a masked figure looming on top of a building with an AK-47. They're from at least two of Manson's videos: "No Reflection" and "Slo-Mo-Tion." The film has been locked away for a couple of years because of how disturbing it is, and it was, perhaps, never intended for release. But its existence doesn't change anything about Del Rey's problematic sexual politics: They've always been this shocking and destructive.

In the time that the video has been locked away, Del Rey has made themes of sexual violence and regressive gender dynamics a huge part of her music. And she uses them for potential shock value — take the cover art for her breakout single, "Blue Jeans" (see below). It isn't nearly as outwardly violent as the  assault scene, but it still places Del Rey in a submissive position, with a man either choking her or checking her pulse after she's been knocked to the ground.

As Jezebel so accurately described the image, "Advertising your product (and this is nothing more than a product) by showing a woman getting choked is gross, violent and sexist, but there's something even grosser about just hinting at it."

Del Rey's romanticization of sexual violence is much more problematic in her lyrics than her visuals. Lyrically, she weaves references to domestic abuse in to this year's aptly titled Ultraviolence. The album is filled with lines like the title track's "He hit me and it felt like a kiss" and "He hurt me but it felt like true love." "Fucked My Way Up to the Top" is a particularly good example of Del Rey's favored subject. She constantly paints herself as the doomed starlet, hopelessly beholden to powerful and violent men.

Del Rey is one of the biggest artists in music right now, and she has a responsibility, at least, to avoid glamorizing the hopelessly destructive dynamics she routinely addresses. These themes and scenarios surrounding sexual violence could serve as platforms for discussion, especially for women who deal with it on a daily basis. But Del Rey chooses not to deal with it at all.

"Whenever people bring up feminism, I'm like, god," she once said to FADER. "I'm just not really that interested."

Instead, she continues to paint the violence as a disturbingly glamorized and enticing portrait — a picture she willingly throws herself into if given the chance. And by remaining silent within that frame, Del Rey represents a step back from some of today's most powerful and inspiring female stars: She allows herself to play the victim. As she sings on "Pretty When You Cry:"

Del Rey is all about "vintage" aesthetics, and that preference extends to gender dynamics. Her "damsel in distress" persona is an expression of that same desire — she feels born of a different era, wanting to "fall" among other sultry greats like Marilyn Monroe or Amy Winehouse.

But in light of the footage released this week, it's clear that her attitudes toward gender dynamics are only harmful. Some things about the past, we should be glad to leave behind.