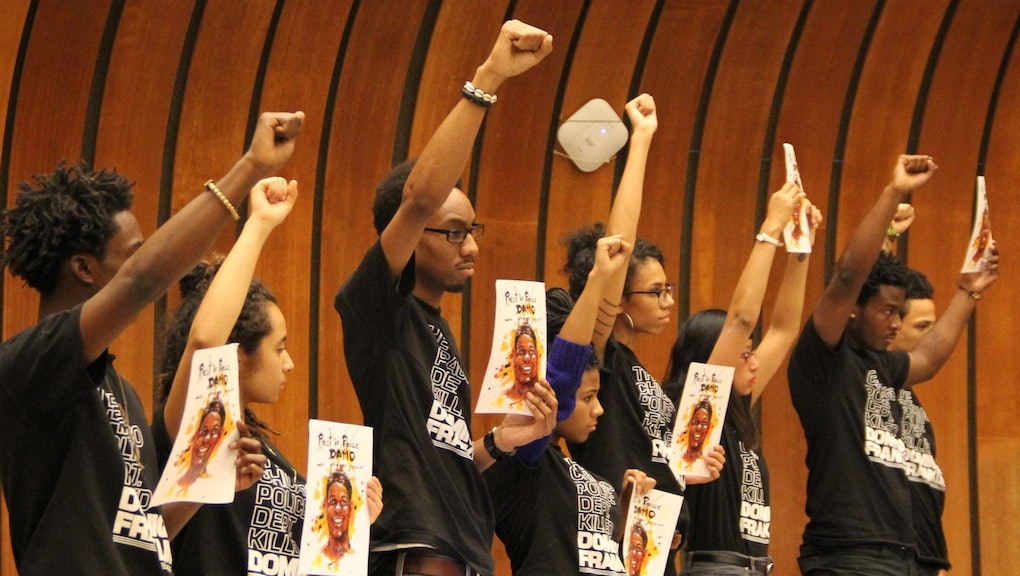 The news: Young people, defined as those between 10 and 24, now represent the largest demographic age group in the world at 1.8 billion, the largest proportion of the global population in history.

But that doesn't mean the world will be overrun with selfies and overeducated, underemployed 20-somethings. Instead, experts predict that the growing global population of young people will have an unprecedented impact on economic growth around the world.

The report: The emerging potential is discussed in a new report, "The Power of 1.8 Billion," published Tuesday by the United Nations Population Fund. The broad overview touches on issues that are detrimental for a young person's development, from the lack of education and unemployment to access to the Internet.

In countries like Afghanistan, Timor-Leste and 15 countries in sub-Saharan Africa, half the population is under the age of 18.  An estimated 9 out of 10 live in developing countries.

Why a younger world is good for the planet: "You can't accomplish much without the involvement of young people," Ravi Kumar, the co-founder of Code for Nepal, an organization working to increase digital literacy and open data in Nepal, told Mic.

Kumar, a digital strategist at the World Bank and former editor of Youthink!, the organization's online platform for young people, noted the power of education in his home country. The literacy rate among Nepalese youth has jumped from single digits in the 1970s to 89.2% today, a leap that has helped thousands of Nepalese earn higher income. In recent years, it has also earned many students seats in international classrooms in the form of competitive scholarships to the U.S.

Increasing digital literacy in Nepal has helped spur movements that tackle widespread societal issues like violence against women. In December 2012, thousands of young Nepalese took to social media to demonstrate against impunity in gender-based violence. It was the first instance of young Nepalese using technology to protest.

The Twitter hashtag and account Occupy Baluwatar became a viral rallying point as protesters gathered outside of the prime minister's official residence. Since the movement began two years ago, it has put pressure on the government to prosecute cases of rape and gender-based violence.

"Young people have become key to tackling issues like corruption or climate change," Kumar said. With the right investments in education and openness in encouraging digital literacy, countries can empower the youth to drive economic and social development.

There's one obstacle in the way: Endemic corruption among political leaders shapes the daily lives of young people in Nepal and across the globe, but one of the greatest challenges that young people face is a symptom of the poor governance: rising unemployment.

In Greece, youth unemployment has skyrocketed to 49% in August 2014 compared to under 13% in the U.S. for October estimates. In Spain, the youth unemployment rate is more than 53%, sparking protests demanding action from the government.

On the bright side of seemingly shrinking job prospects, governments have an opportunity to tap into the massive supply of youthful human capital by matching the skills young people learn with the demand or type of jobs in their country. But, the report said, countries need to ensure their young working-age populations are equipped to seize opportunities for jobs and other income-earning possibilities, so that "the potential economic gains would be realized through a 'demographic dividend.'"

To start, one of the most effective solutions that every country can support is increasing access to quality education. In the Philippines, the government is catching up to the boom of jobs in information technology by partnering with start-ups and tech companies like IBM to train students to work in the digital space.

Education is only a part of the solution, which is why countries are exploring how to better serve their youth, the report said. In Bolivia, the government has introduced a core curriculum designed to reduce gaps between boys and girls. Niger has created 50 youth-friendly centers and made information services more accessible. In the island nation of Vanuatu, the government is phasing out school fees.

If such momentum continues, nearly a billion young people coming of age and entering the workforce will have the potential to lift their families and countries out of poverty and onto a competitive global stage.