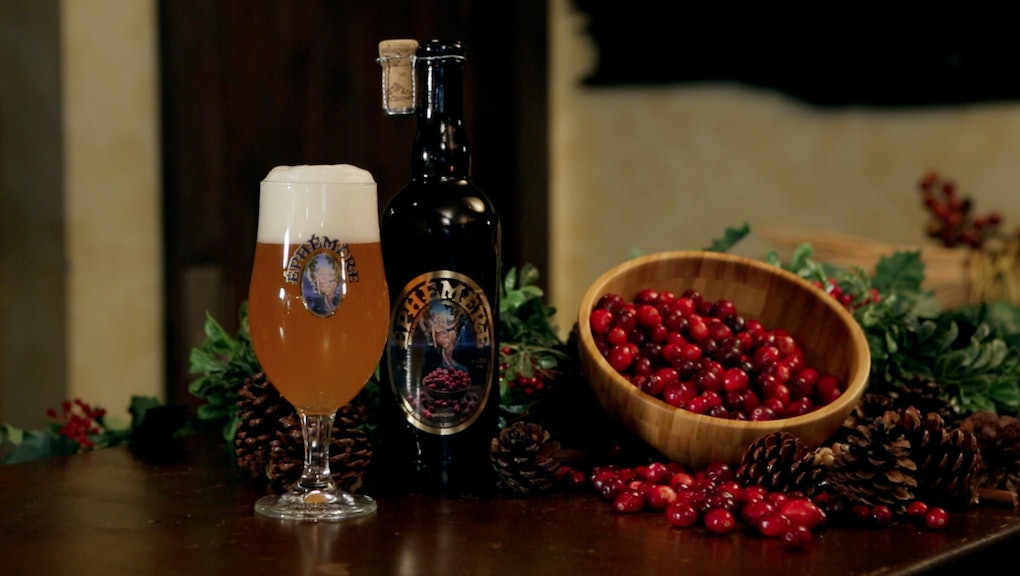 Why You Shouldn’t Feel Guilty About Getting Drunk on Thanksgiving

Good news, drunk chefs! Even if you serve your beer-basted turkey with a six-pack on the side, you're probably not an alcoholic.

A new study from the Centers for Disease Control and Prevention has determined that only 10% of people who drink to excess are alcoholics.

So if you're getting crunk this Thanksgiving, there's a 90% chance there's nothing serious going on behind your drinking — although you may still upset your mother.

The study found that most drinking in the United States is actually "binge drinking," or drinking five or more alcoholic beverages in one occasion. The CDC noted that the practice is most popular among 18- to 24-year-old men (bros pounding beers) and people with a salary of $75,000 or more (your Aunt Clarissa pounding G&Ts).

Granted, the CDC's data represents the self-reported drinking habits of 138,100 Americans over the course of three years — 2009, 2010 and 2011. The study notes self-reported numbers generally tend to be lower than actual numbers, so it's possible that more people polled suffer from alcoholism and weren't willing to admit it, even to themselves. Furthermore, the study determined whether someone was an alcoholic by using the Diagnostic and Statistical Manual of Mental Disorders' lengthy and complicated definition of alcoholism, an often criticized metric.

Be cautious: Yes, getting blasted one night doesn't make you an alcoholic, but that doesn't mean you should disregard the dangers of alcohol. Alcohol is responsible for  about 88,000 deaths per year in the United States. Of those deaths, 10,322 are related to drunken driving, and many of them occur around the holiday season, as that's when spirits tend to flow.

So if you're drinking a lot this Thanksgiving, you might not be an alcoholic, but you should still be careful — at least around the turkey.