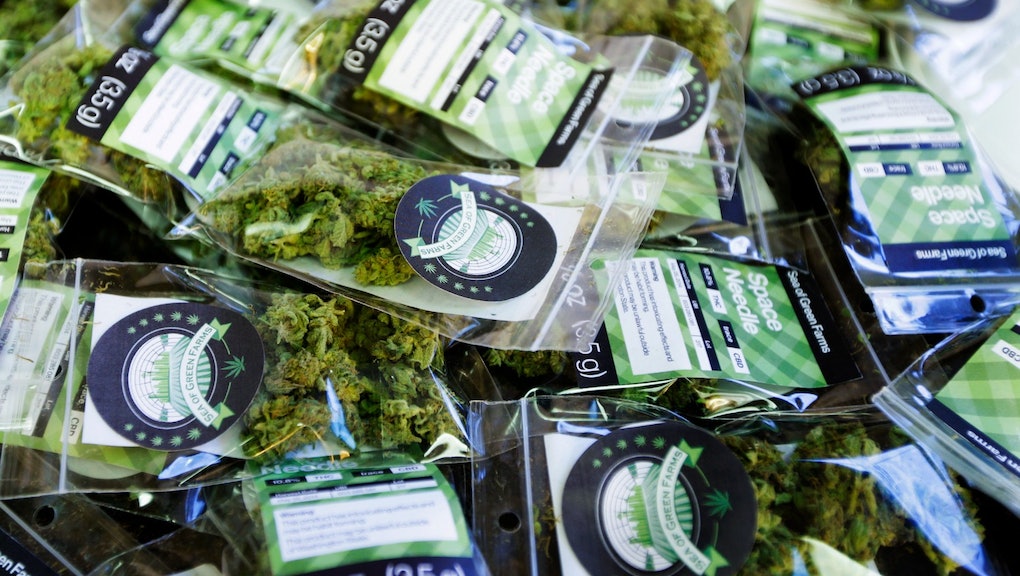 Here's the Lawless Hellscape Washington Has Become After Legalizing Marijuana

The news: Four months after the sale of recreational marijuana began in Washington state, something remarkable has happened: Legal sales will likely bring in about $60 million more in revenue over the next five years than originally projected.

The Associated Press reports that predictions released by the Economic and Revenue Forecast Council show that Washington's marijuana industry is projected to bring in about $694 million in state revenue through the middle of 2019, up from the September forecast of $636 million:

The latest report shows that nearly $43 million from a variety of marijuana-related taxes — including excise, sales, and business taxes — is expected to be collected through the middle of next year.

That's a big chunk of change. The new revenue will be divided between Washington's general revenue fund and health care, education and substance-abuse programs.

Meanwhile, no crime wave appears to have materialized despite insidious claims by critics that it would trigger more robberies and thefts. In fact, data show that low level marijuana court filings for adults over 21 in 2013, the year legalization took effect, dropped to just 2% of what they were the previous year. This follows the trend in Colorado, where crime actually decreased since the state legalized recreational marijuana use.

Why you should care: Alaska, Oregon and Washington, D.C., all voted in the midterm elections to legalize marijuana, bringing the number of states and districts where getting high recreationally is legal to five. Colorado and Washington state are already busy demonstrating that regulated and taxed markets for weed can bring in huge amounts of revenue while ending a pointless war on pot, all without the sky falling.

However, it's important to remember that these gains could be reversed overnight if the federal government decides to change its tune toward burgeoning state marijuana markets. That's an increasingly unlikely proposition as the weed market grows, and Congress can make sure this never happens by legalizing marijuana on the federal level. So far, it doesn't look like any of the claims that legal weed will turn states into drug-addled hellholes have panned out.