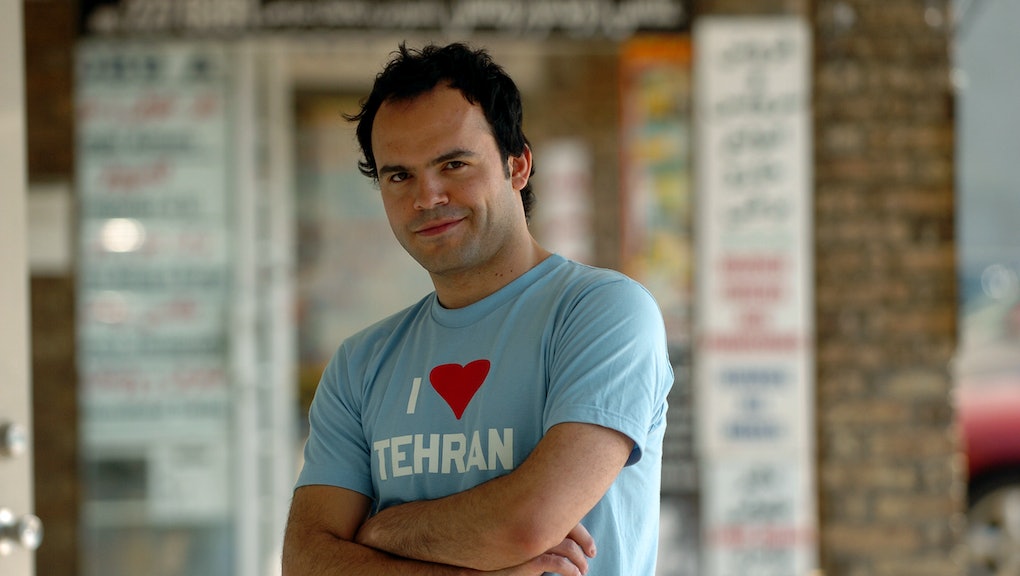 This Man's Tweets Reveal the Sad Truth About Censorship in Iran

Hossein Derakhshan has said more in five tweets than you can in thousands.

Take a look at the entirety of his Twitter account (as of Friday) and pay close attention to the dates:

Derakhshan, dubbed Iran's "blogfather" because of his role in popularizing blogging with the country's citizens, was arrested not long after moving back to his home country from Canada in 2008. In 2010, he was sentenced to nearly 20 years in prison for "conspiring with hostile governments, spreading propaganda against the Islamic system, spreading propaganda in favor of counterrevolutionary groups, blasphemy, and creating and managing obscene websites."

His pardon from Ayatollah Ali Khamenei came late Wednesday night, according to the New York Times, with no reason given — not that Derakhshan is likely to get caught up on the reason for his freedom after spending six years behind bars. Regardless, his tweets paint a powerful picture of how a paranoid and overzealous justice system can take years away from citizens.

The background: Derakhshan was a tech columnist for reformist newspaper Asr-e Azadegan. After the government shut down the paper in 2000, he moved to Canada. That's where he created a step-by-step guide to setting up a Persian blog, leading to scores of Iranians starting their own.

While he often criticized the Iranian authorities from abroad, and visited Israel in 2006, Derakhshan's opinions weren't exactly clear-cut. He also wrote in favor of Iranian nuclear power and even appeared on state-sponsored television in support of then-President Mahmoud Ahmadinejad's recent UN appearance.

All of that makes it stranger that, upon moving back, he was arrested so quickly. Ahmadinejad himself spoke out in 2009 in favor of making sure Derakhshan got a fair trial, though it didn't seem to do him much good.

Not just him: Derakhshan is far from the only person to be jailed in Iran without much cause or concrete information.

Haleh Esfandiari, the Iranian-American director of the Woodrow Wilson Center's Middle East Program, wrote a memoir about her 2007 interrogation by Iranian authorities. She had just come to the country to spend Christmas with her mother but ended up imprisoned (she was later released.)

In 2009, Iranian filmmaker and journalist Maziar Bahari was arrested and charged with espionage. His arrest and subsequent 118 days of imprisonment were the basis for Jon Stewart's new film, Rosewater.

These cases are well-known because of the relative fame of the imprisoned. If there's one frightening thing to take away, it's what might happen to those imprisoned without an international following.