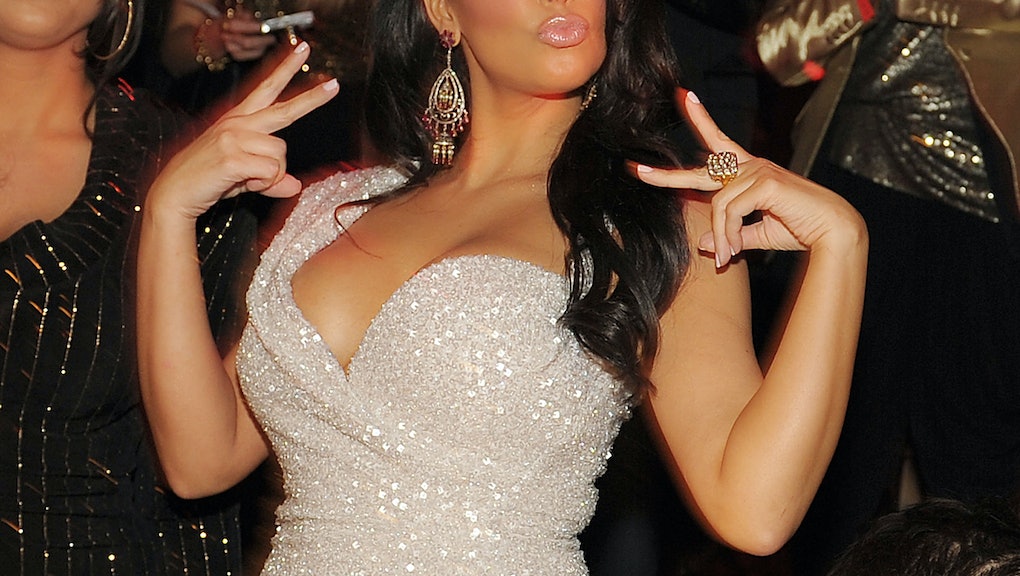 Can We Please Shut the F*ck Up About 'Gang Signs' Already?

America has a problem with gang signs.

Warren Bell, a Virginia high school principal, was accused Thursday by a local ABC affiliate of flashing a gang sign with his students. The district superintendent claimed Bell was raising his hands to stop the students from making inappropriate gestures when the photo was taken.

Earlier this month, a similar "scandal" erupted when a Minneapolis ABC affiliate charged the city's mayor, Betsy Hodges, of "posing with a convicted felon while flashing a known gang sign."

And this past summer, a furor erupted on the Internet when CNN's website hosted (though quickly deleted) a story claiming that highway patrol Capt. Ron Johnson was a gang member because he flashed a gang sign in a picture.

If the umbrage is to be believed, the runaway gang-sign issue will spread and our suburban elementary schools will soon be consumed with gangland battles between the Bloods and the Crips. Right?

Well, look at the pictures first:

America does have a massive gang sign problem: The problem is that if you're black, or just white and near a black person, and you're photographed with your hands anywhere outside of your pockets, you're making a "gang sign" and are therefore a thug who doesn't deserve American Freedom.

The moral panic over gang signs is stupid and racist. Bell was clearly not making a gang sign. Hodges, too, was innocent. First of all, the man she took a picture with did not belong to a gang. He was a volunteer for a local charity. Watching the below video shows the "gang" sign was simply a result of awkward gesticulating, not street warfare:

And Johnson? He's a member of Kappa Alpha Psi, a fraternity formed in 1911. The gesture he made is their official hand sign.

These incidents are a consequence of American ignorance and racism . Yes, gangs are a problem and a negative influence on black youth — 35% of gang members in U.S. are black. But this sort of racism-fueled flipout says more about white people than it does about young black people: That white Americans automatically assume any person of color is a criminal.