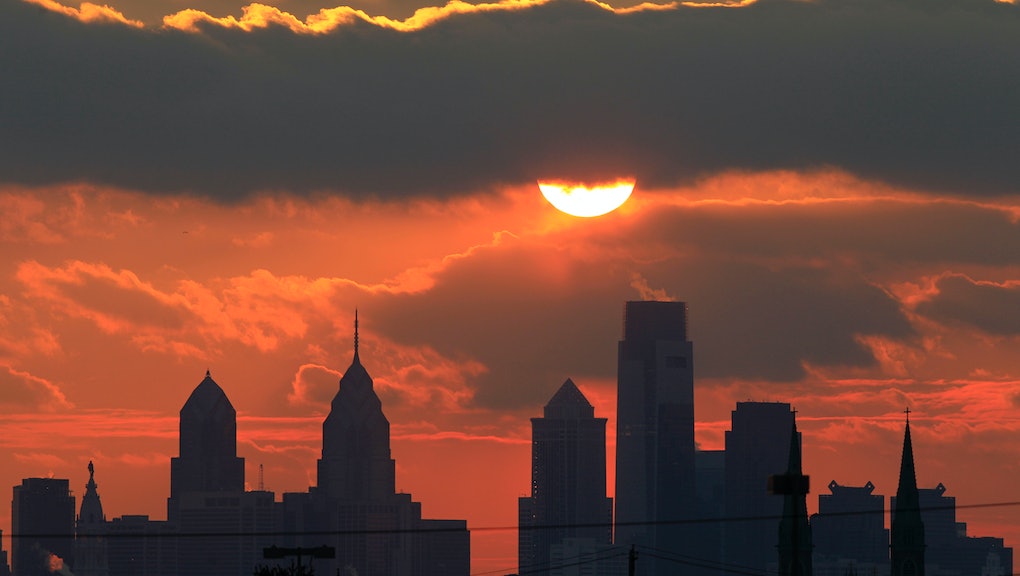 The news: Just a month after Philadelphia decriminalized the possession of small amounts of marijuana for personal use in October, the new laws are already having a big effect on the number of Philadelphians getting in trouble for weed.

Perhaps the most telling number: Marijuana arrests have fallen an astonishing 78%.

Over the course of the month, starting from when the policy went into effect on Oct. 20 and ending on Nov. 20, Philly.com reports that the Philadelphia Police Department issued just 20 marijuana-related tickets — 14 were for possession of under 30 grams, which gets a $25 ticket. The remaining six were for smoking pot in public, which carries a $100 fine and some community service.

While 72 people were still arrested across the city for marijuana-related offenses, this still makes a 78% decline from the 320 or so arrests over the same time period last year.

That's about 250 fewer arrests per month. And that means 250 fewer people who won't have an arrest record or be subject to future work and personal impediments just for being caught with a bit of weed.

"I met an intelligent young woman, nice person, [who] got caught with five dollars worth of marijuana, spent 24 hours in jail, got a $200 fine, and lost her job because she lost her security clearance at her job that she needed because she had an arrest record," Councilman Jim Kenney, who sponsored the decriminalization bill, told Fusion. "It's just a crazy punishment for something so miniscule."

In September, Kenney argued that the decriminalization policy would spare young people "the life-altering consequences of a criminal record, such as limited job prospects, inability to obtain student loans or even join the armed services."

More good news: It's also a win for reigning in some of the racial disparities in the War on Drugs. In 2012, NORML claimed that Philadelphia police arrested 3,709 adults for simple cannabis possession, of which an astonishing 3,052 (about 82%) were black and just 629 (16.9%) were white. The U.S. Census estimated the city to be around 44.3% black and 41.4% white the same year, while research demonstrates whites and blacks use marijuana at roughly the same rates.

"As a white male, the odds of me being arrested for marijuana possession are virtually nil," Kenney told Philadelphia Mag in July. "If they want to arrest people for marijuana, why don't they walk through the parking lot of the ballpark before a game? There are plenty of white suburban people they could arrest. They could visit a frat party on a college campus and round up a bunch. But they don't."

Why you should care: If Philadelphia's success so far is any indication, the entire state may be on the path toward looser marijuana laws. Quinnipiac polling in March found that Pennsylvania voters back medical marijuana at an astonishing 6-1 margin. Legalization was almost tied, with 48% for and 49% against.

Philadelphia's reform is yet more solid evidence that the status quo doesn't need to stand. Locking up people for petty drug use is profoundly unfair and isn't a good use of police resources. Here's to hoping the arrest rate drops another 78% over the next year.