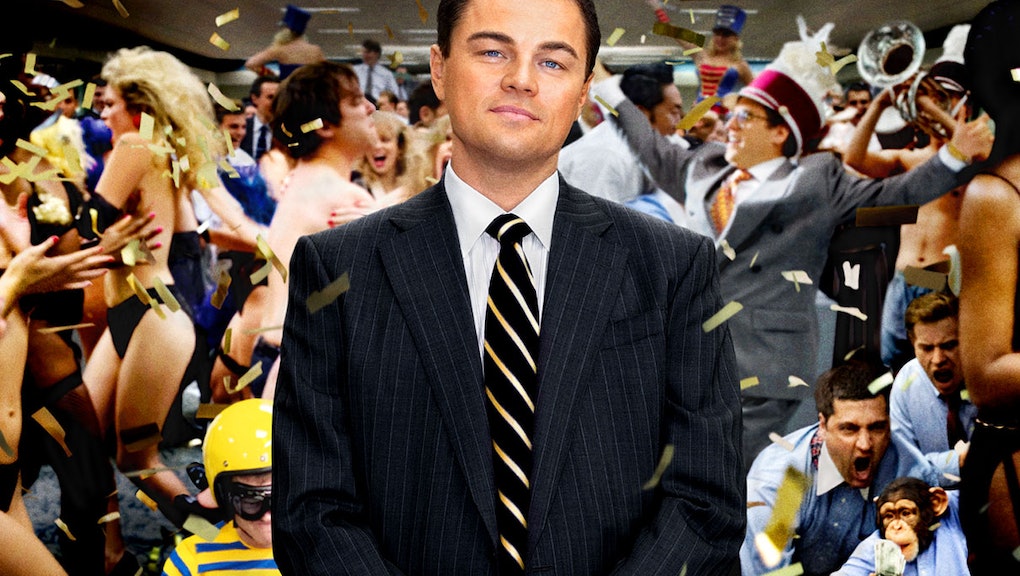 Why Wall Street Is So Horrible, According to Science

The news: Think Wall Street is filled with liars? Now there's some science to back you up.

A new study from the University of Zurich determined that bankers are more likely to cheat than people who work other occupations, or at least become more dishonest when reminded of their profession.

"Many scandals have plagued the financial industry in the last decade," Ernst Fehr, the co-author of the study, told Reuters. "These scandals raise the question whether the business culture in the banking industry is favouring, or at least tolerating, fraudulent or unethical behaviors."

Fehr is referring to numerous instances of fraud in the banking industry. In 2012, it was revealed that Barclays, UBS, the Royal Bank of Scotland and other institutions had been manipulating Libor interest rates — an important benchmark used to determine interest rates for all kinds of loans — since 1991 for their own gain. Then, of course, there was the subprime mortgage crisis sparking the "Great Recession" between 2008 and 2012.

The science: Researchers took a crop of bankers and split them in two groups: The first group answered questions about their profession while the second answered non-banking questions about television watching habits and other inanities.

Each group played an unobserved coin-flipping game afterward with financial rewards of up to $200 if they reported the right results. The latter group only reported 51.6% winning tosses. However, the first group, the one answering questions about their identities as bankers, reported 58.2% winning tosses. The researchers wrote that 58% was "significantly above chance," indicating the group — 26% of them, to be precise — had cheated.

When researchers performed this same test with other occupations, the percentage of cheating did not rise when reminded of their jobs, indicating something may be inherently wrong and/or morally questionable with banking culture.

The takeaway: The viciousness of banking culture isn't a myth or stereotype. In 2012, the Wall Street Journal reported many entry-level investment bankers suffer from alcoholism, insomnia, heart palpitations and eating disorders as a result of a banking culture being so fast-paced and fixated on wild financial gains that it borders on lunacy. It's no wonder people spending 40+ hours a week immersed in such an environment ultimately become dishonest: One estimate suggests that one out of every 10 employees on Wall Street is a psychopath.

The world trusts these people with their money, yet the data shows they're among the least trustworthy. Not only should this study raise questions about the culture of the banking industry and its practices, it should raise questions about who we trust and why. Because, clearly, we shouldn't blindly trust bankers with our money, lest we wind up embroiled in another crisis fueled by greed and deceit.