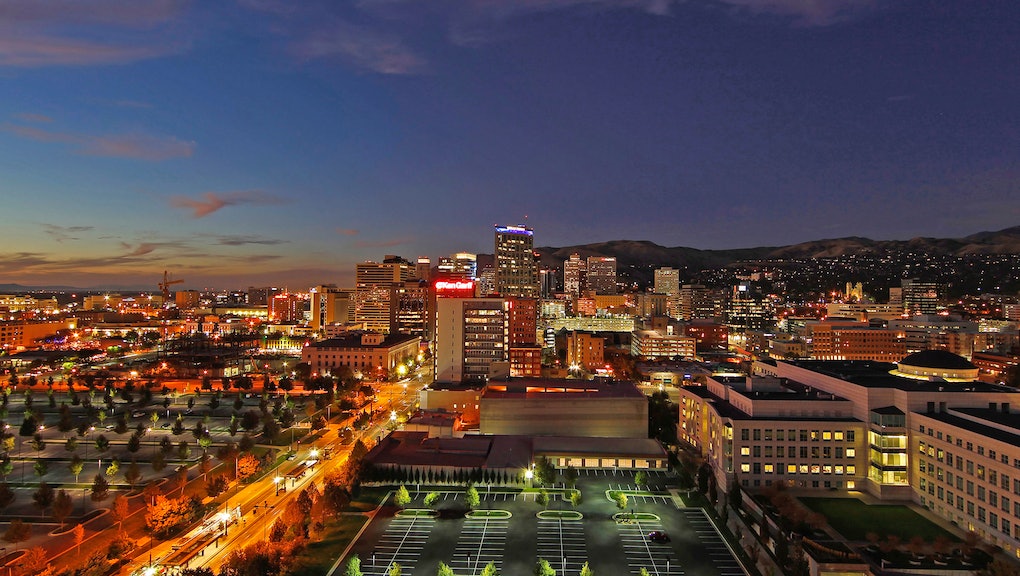 In One State, the Police Are Killing More Than Almost Anyone Else

The news: While all eyes may be on Ferguson, Missouri, right now, police killings have become a hot-button issue in another, unexpected state: Utah.

The issue of police brutality and excessive force in Utah gained attention earlier this year following the shooting death of 22-year-old Darrien Hunt, a black man who was killed by police officers while wielding a costume sword. Prosecutors have since found Hunt's shooting justified, but the deadly trend in Utah remains hugely worrying.

According to analysis by the Salt Lake Tribune, use of force by police is now the second most common type of killing committed by Utahns, second only to intimate partner violence. According to the Tribune, since 2010, 45 people have been killed by law enforcement officials, accounting for 15% of all homicides during this period.

"In the past five years, more Utahns have been killed by police than by gang members," wrote the Tribune's Erin Alberty. "Or drug dealers. Or from child abuse."

The issue is greater than just Ferguson. While Hunt's death hasn't received as nearly as much mainstream media attention as Michael Brown's, there are many concerning things surrounding the circumstances of his death as well. For instance, there are conflicting reports regarding how much of a threat Hunt posed with his sword. Protesters have also pointed out that an officer on the scene was wearing a body camera at the time, but didn't have it turned on during this encounter.

There's also the fact that not much has resulted from the outrage over these deaths. According to the Tribune, prosecutors have found only one unjustified police shooting in Utah during this five-year period, and a judge threw out the associated criminal charges last month.

"The numbers reflect that there could be an issue, and it's going to take a deeper understanding of these shootings," Chris Gebhardt, a former Utah police officer, told the paper. "It definitely can't be written off as citizen groups being upset with law enforcement."

The circumstances of each incident might be different, but when a state's police force is killing more people than gang members and drug dealers are, it's time to examine the trend.