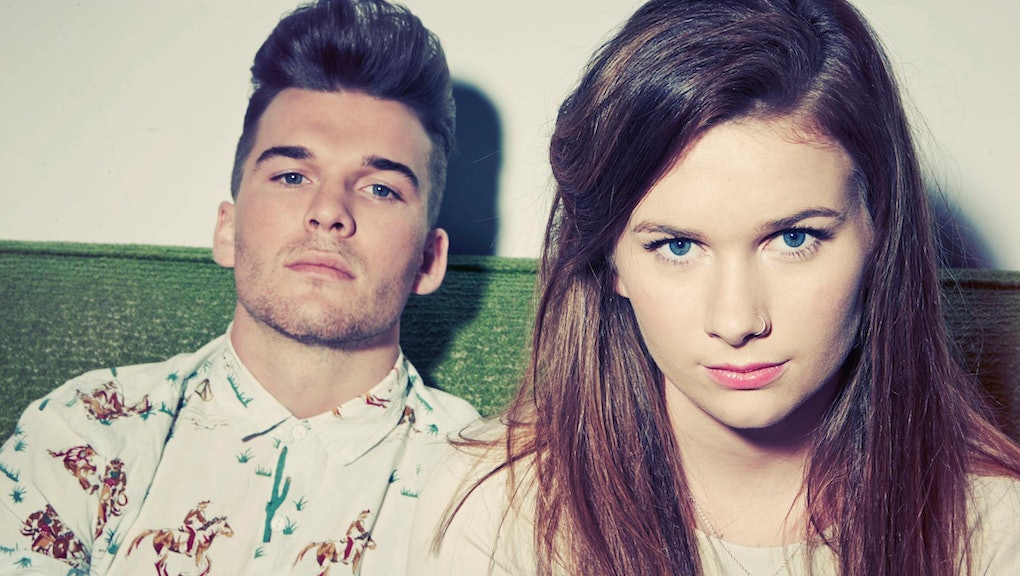 When Lorde emerged from New Zealand, it was like she came out of nowhere. After all, the island nation had never been known for its music scene — right?

Wrong. In the year since Lorde broke onto the international scene, a host of incredible Kiwi acts has begun rising to the global scene. It might be a small country, but New Zealand's music has huge ambitions and it is producing some of the most ear-catching young bands in the world. Here are the nine acts you should be watching:

Based out of Auckland, this brother-sister duo is reminiscent of the pop-electronic sounds of Chvrches. The difference, though, are their highly complex lyrics and haunting female vocals. That potent combination has led to more than 2 million plays on their Soundcloud page.

Georgia and Caleb Nott have been playing music since they were kids, and recently hooked up with Lorde producer Little for their debut album, Evergreen. Broods recently won this year's Breakthrough Artist of the Year prize at New Zealand's 2014 Music Awards, and rightly so. Take one listen to Broods and you'll be hooked instantly. It won't be long before their music starts to spread.

In 2011, Brooke Fraser practically sweeped the 2011 New Zealand Music Awards, with awards for Album of the Year, Best Pop Album, Best Female Artist and more. With her newest album, Brutal Romantic, Fraser is taking her pop-folk sound to a whole new level, incorporating her strong vocals and lyrics with a more synth-electronic sound. Not only is Fraser a talented singer-songwriter, but she's also not afraid to step outside of her comfort zone musically.

Wellington's indie-folk duo French for Rabbits (vocalist and pianist Brooke Singer and guitarist John Fitzgerald) epitomizes the mystic coastal feel of New Zealand with wistful melodies and often wispy, distant vocal production. They're totally committed to their home country, even using their song "The Other Side" to protest oil drilling in New Zealand waters.

Brendon Morrow and Simon Gooding met in an audio engineering course in Australia and formed the Map Room when they returned to Auckland. The two took a year-long trip throughout South America, "armed with a portable recorder and two old acoustic guitars purchased from an antique store in Buenos Aires." The Map Room creates a musical landscape reminiscent of America's Bon Iver and Fleet Foxes.

Gin Wigmore, winner of the 2010 Best Pop Album at the New Zealand Music Awards, has a rawness to her voice like British songstresses Amy Winehouse and Adele. Her album Gravel and Wine is tailor-made for singing your heart out. However, don't let the catchiness of her music take away from her pure talent for producing vocal hooks. Of special note is her song "Kill of the Night," which was featured on an episode of ABC Family's hit show Pretty Little Liars. And you thought Lorde was the feistiest New Zealander.

If you were looking for the New Zealand equivalent to the UK's One Direction, look no further than Titanium. In 2013, they became the first band to have three songs on the top 10 New Zealand charts at once. Made up of five Kiwi lads, this group has the makings of a global hit: the looks, the harmonies and enough songs about devoted love to make your tween heart swoon.

Ladi6 (born Karoline Tamati) won Best Urban/Hip-Hop Album of the Year in 2011 at the New Zealand Music Awards, and rightly so. She matches the best elements of hip-hop with her stellar voice. Her quirky beats, hypnotic flow and stunning singing voice make her a prime candidate for an international hit.

Willy Moon is as funky as any retro American act. Combining hip-hop, pop and electronic music with a '50s big band sound, Moon manages to be dapper and hip all at once. Always dressed in a sleek suit and tie, Moon may be New Zealand's answer to Justin Timberlake.

If you're seeking the female vocal equivalent to Bon Iver, look no further than Hollie Fullbrook, leader of Tiny Ruins. After spending the last three years touring with indie acts such as Sharon van Etten, Johanna Newsom, Fleet Foxes and Beach House, Tiny Ruins finally produced a full-fledged album of their own. It's as amazing as anything the acts they supported could have put out. It's only a matter of time before they reach far beyond the borders of New Zealand.