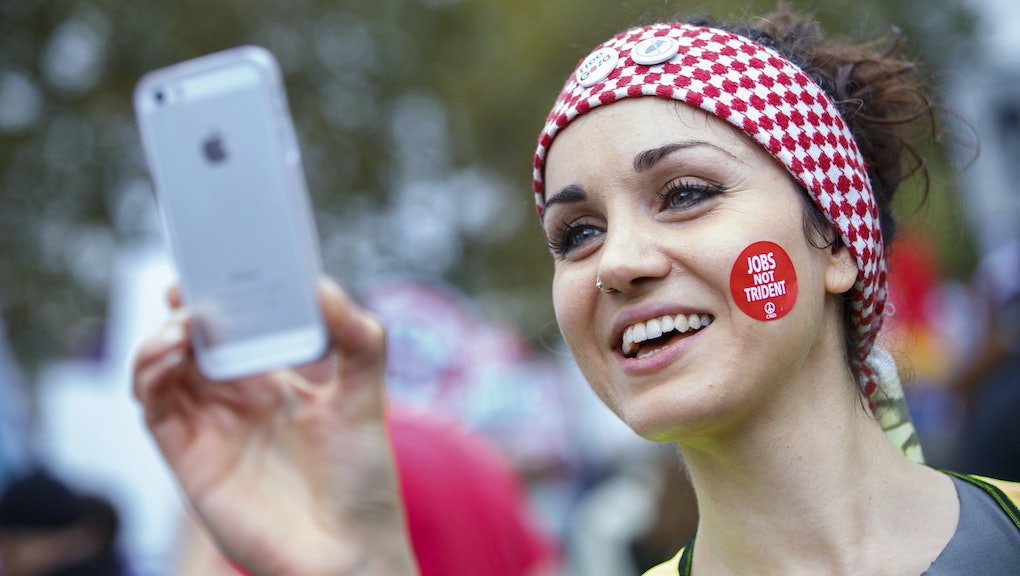 Britain Has Just Done for Its Women What the U.S. Still Can’t

The news: The gap between the average earnings of men and women in the U.K. has dropped to its lowest level since records began, so far that women between the ages of 22 and 29 actually earn 1.1% more than men in the same age range.

Last year, the gap was estimated at 0.3%, according to a report from the U.K.'s Office for National Statistics, the British equivalent of the Bureau of Labor Statistics in the United States.

Ministers and activists welcomed data of the shrinking gap as a sign of progress, yet acknowledged that disparities in earnings for women continue across the British economy.

"We have more women in work than ever before," Minister for Women and Equalities Nicky Morgan said according to the Independent, "but businesses need to value diversity in their workforce and pay attention to the role of women in their organizations."

In the U.S., women still earn much less than men despite significant progress in recent decades. In 2014, the median weekly earnings of full-time, year-round employees was $715 for women compared to $870 for men, according to the Bureau of Labor Statistics, meaning that women tend to make 82% of what men make on average.

Background: The U.K. is a success story in closing the gender pay gap — but the rest of the world still has a long way to go. According to the World Economic Forum's Global Gender Report, it will take the world at least 81 years to reach equal pay for men and women.

The World Economic Forum polled CEOs around the world about their employees' salaries and found that much of the progress on gender equality in the last decade was fueled by women entering the workforce. But now more than ever, increasing economic participation for women is crucial for closing the gender gap as well as building strong economies that are still recovering from the recession.

"Women are vital to the success of our long-term economic plan and we need to make the most of their skills at every age," the Telegraph reported Morgan as saying.

It is a "small 'negative' gender pay gap" in Northern Ireland, according to an Office for National Statistics.  statistician. The trend is merely one step toward wage equality as average weekly earnings for women is estimated at $725 while men earn $876 every week.

Part of the reason for the trend is because there is an increasing proportion of public sector jobs in Northern Ireland than in the rest of the U.K. More women are entering the workforce and are employed in the public sector, which pays higher salaries than private industries that include low-paying jobs like bar and restaurant staff.

Why it matters: The U.S. came in 20th this year in the World Economic Forum ranking, a few spots higher than in 2013, but still lagging behind developing nations, such as Nicaragua and Rwanda.

"Gender equality doesn't have to only come along once a country is fully developed," the report's lead author, Saadia Zahidi, told Fortune. "Both rich countries and poor countries can afford gender equality."

The U.S. could take a tip from the U.K. To further shrink the pay gap, the U.K. recently announced investments to fund training and mentoring programs for women entering higher-paid work in science, technology, engineering and math.

The U.K. is also spearheading initiatives for tax free child care and shared parental leave that will come into effect next year, an effort to tackle the unequal split in child care.

The narrowing pay gap in the U.K., spurred by government-led initiatives, should come as inspiration for U.S. policymakers. According to a Pew Research Center survey, 72% of women and 61% of men said "this country needs to continue making changes to give men and women equality in the workplace."

Despite public opinion and obvious reasons for closing the wage gap, Senate Republicans blocked voting for the Paycheck Fairness Act, a bill aiming to eliminate the pay gap between female and male employees.

Congress has yet to realize that pay equity is not a partisan issue: Progress is beneficial for both the global economy and American businesses' bottom lines.