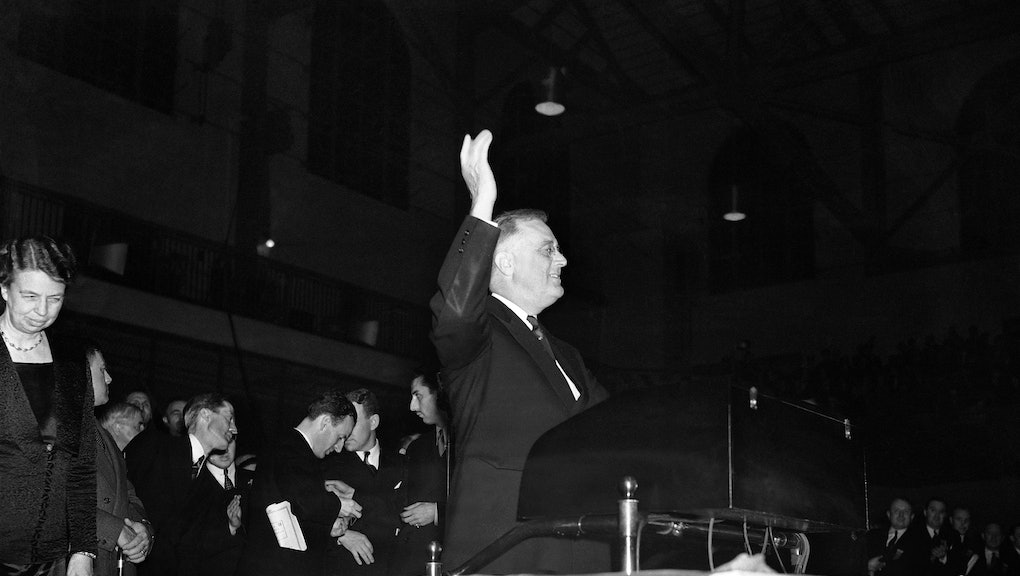 Most debate about the historical meaning of Thanksgiving is centered on its hopeful depiction of relations between Native Americans and Pilgrims and whether it whitewashes a history of persecution of genocide.

But there's another episode in Thanksgiving history that's rarely discussed. And it's particularly relevant in light of the holiday's contemporary fate as the prey of relentless forces of commercialization.

Beginning in the 19th century, Thanksgiving was traditionally observed on the final Thursday of November. But in 1939, during the later years of the Great Depression, President Franklin D. Roosevelt took executive action to move the holiday a week earlier.

November had five Thursdays in 1939, meaning Thanksgiving would be held uncommonly late. The retail industry lobby foresaw a shortened Christmas holiday shopping season and leaned on the White House to move the date earlier. Roosevelt, concerned about missing an opportunity to stimulate the economy, agreed to the idea and unilaterally changed Thanksgiving a week earlier.

The public was not happy about it. The new Thanksgiving date was derided as "Franksgiving," and dramatic attacks came from all quarters. Alf Landon, the Republican governor of Kansas who lost to Roosevelt in the 1936 elections, cried out that he had imposed his decision "upon an unprepared country with the omnipotence of a Hitler." The people of Plymouth, Massachusetts — the site of the first Thanksgiving — were horrified. Polling showed that most Americans disapproved of the change, and many states kept the original date.

In short, it was a disaster.

For the next few years the country remained divided over when it should be celebrated, but eventually the struggle to get the entire country onboard was rendered pointless by studies revealing that the earlier date had a negligible impact on sales and the economy.

And so toward the end of 1941, Roosevelt signed a joint resolution of Congress which moved Thanksgiving to the fourth Thursday of November. This achieved a middle ground between the public's desire to preserve tradition and the business lobby's thirst for profit; under this arrangement, Thanksgiving is typically in the last week of November, but also shifts to an earlier date on Novembers with five Thursdays.

So now you know: Thanksgiving has been the target of big business for far longer than today's grotesque store opening arms race.