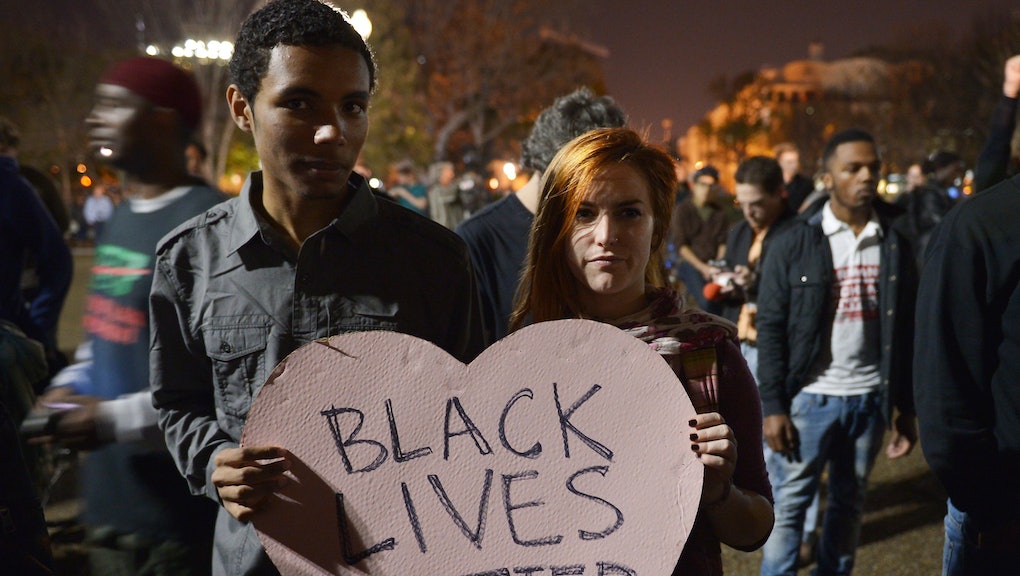 Ferguson protesters released an open letter Monday night after a St. Louis grand jury handed down its decision not to indict Darren Wilson in the fatal shooting of Michael Brown.

"In Ferguson, a wound bleeds," the letter begins. "For 108 days, we have continuously been admonished that we should 'let the system work,' and wait to see what the results are. The results are in," it said. "And we still don't have justice."

The letter, signed by "numerous protesters and supporters," outlined the community's frustrations with society at large, noting that "[t]he 'system' you have told us to rely on has kept us on the margins of society." It links the recent deaths of Akai Gurley, 28, and Tamir Rice, 12, both killed by police in recent days, to the death of Michael Brown.

It also promised to continue the fight: "We march on with purpose. The work continues. This is not a moment but a movement. The movement lives."

The letter followed the release of a statement by Brown's family, in which they said, "We are profoundly disappointed that the killer of our child will not face the consequence of his actions."

Meanwhile, President Obama urged for calm following the decision. "We are a nation built on the rule of law, so we need to accept that this decision was the grand jury's to make," he said. Yet he also noted that "the situation in Ferguson speaks to the broader challenges we still face as a nation," and that "a deep distrust exists between law enforcement and communities of color."

Around the country, protesters continued to demonstrate through the night. Gunshots and tear gas were reportedly seen and heard in Ferguson, and both a police car and a Little Caesars pizza place were set ablaze.