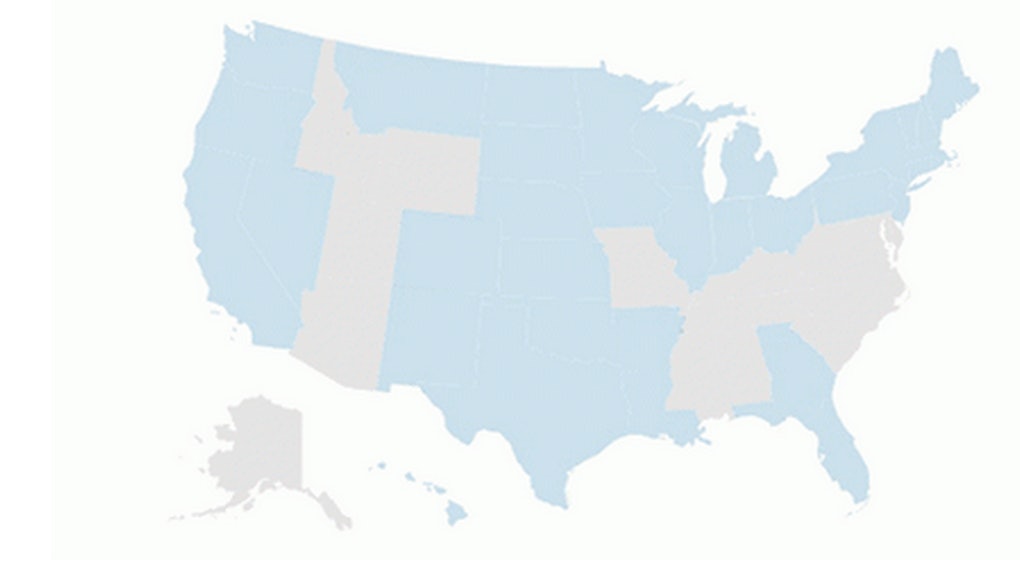 How Long Before Rapists Can Walk Free in Your State? Check This Map

Even as outrage and assault allegations against Bill Cosby grow, it's becoming more and more apparent that the superstar comic will never have to face his accusers in a criminal court. The reason? Flimsy and inconsistent statutes of limitations that vary from state to state and make it almost impossible to prosecute certain crimes if they are not quickly reported to police.

Cosby's alleged crimes transpired in four different states — California, New Jersey, New York and Pennsylvania — each of which have different statutes of limitations and legal definitions of rape. (New York, for instance, has three degrees of rape, each of which carries its own charge and punishment.)

In an attempt to illustrate this nationwide disparity, Mother Jones created a map detailing the limitations, state by state:

In 34 states and the District of Columbia, there are statutes of limitations in place — from three years to 30 years — that set a time limit on when a person can be prosecuted for rape. These laws are complicated by the time delay between filing a case and having a court date, a delay that heavily relies on DNA evidence being provided by rape kits. This delay is greatly exacerbated by American crime labs' notorious backlog of kits, over 400,000, that are yet to be tested. As Mother Jones reports, "27 states extend or suspend statutes of limitations if DNA evidence can identify a suspect, but these exemptions vary."

In Cosby's case, as Mother Jones outlines in a secondary table, New Jersey and New York have no statutes of limitations for rape or sexual assault, whereas California has a 10 year limit and Pennsylvania has a 12 year limit. This confusion is probably one of the reasons why Cosby has generally refused to address the accusations, despite multiple questions from media outlets.

Calling for a removal of all statute of limitations in a piece for WBUR, Eileen McNamara cites rapid developments in medical technology as the reason limitations laws are now outdated.

"It is 2014. Advances in DNA testing mean that cases once beyond the reach of prosecutors can now be tried," McNamara said. "The old arguments of the defense bar for narrowing the time to bring charges — that memories fade, that alibi witnesses die, that false accusations are common — apply less in a world where DNA can implicate, or exonerate, a suspect."

In the current context, statutes of limitations make it so that time is on the side of the perpetrator. When it comes to sexual assault, this is a particularly problematic issues reporting sexual crimes is an intensely difficult thing to do, Jen Marsh, vice president of victims services at the Rape, Abuse & Incest National Network, told the Christian Science Monitor. This becomes even harder "if the perpetrator is well-known, or powerful, or well-liked, whether it's a principal in a local community or a famous football coach," she said, factors which can lead to long delays between when the crime occurs and when it is reported. "[Victims] try to get on with their lives, and sometimes it's not until later that they realize they need to do something."

In other words, the old adage "time heals all wounds" will likely be of little comfort to victims unable to seek justice, including the 18 women who have now, after years of silence, finally had the courage to come out.

We need to think critically about why the laws designed to help potential victims too often end up hindering their cause.