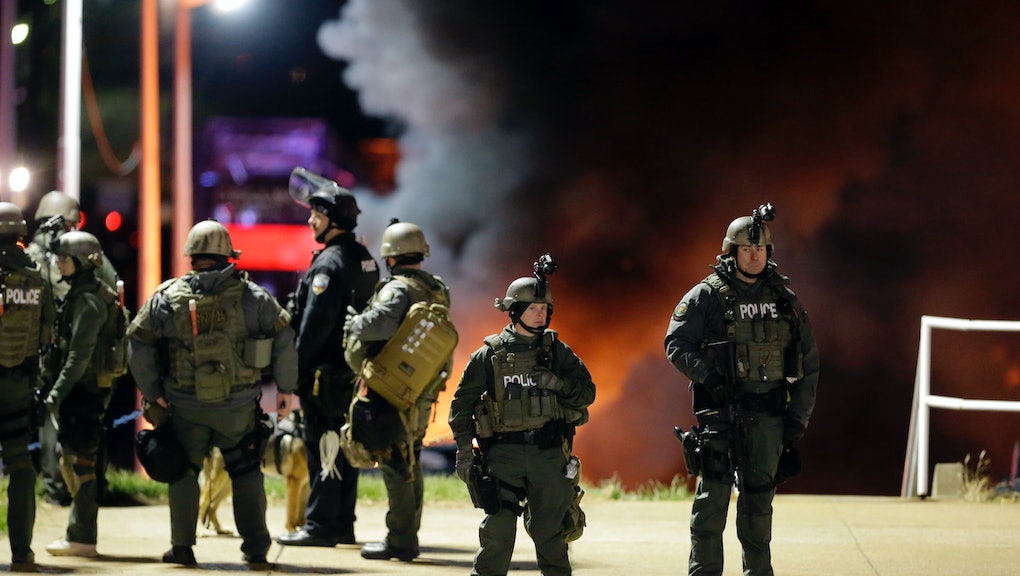 Protesters in Ferguson, Missouri, are getting some support from a group of people who say they understand the pain.

In the wake of Monday night's grand jury decision not to indict Darren Wilson, the officer who killed unarmed black teenager Michael Brown, Palestinians began to pass along messages on Twitter using #palestine2ferguson.

This isn't the first such social media outpouring, either. Back in August, at the height of the original protests, Palestinian activists sent along advice for those dealing with tear gas and violent police.

What it means: Your reaction to #palestine2ferguson likely depends on your already held viewpoint on the conflict in Israel and the Palestinian territories. Those who support a Palestinian state and think citizens there are treated unjustly are much more likely to buy into the comparison than those who don't.

There's also a fine line between presenting solidarity and co-opting a tragedy to call attention to your own struggles. As similar as the photos may be — and as much as people might support protesters in both cases — they're still separate situations with their own distinct histories and challenges.

Based on the content of most of this outpouring of tweets, there's no reason to doubt the sincerity of much of the support. And for those who see government crackdowns and social unrest as something that only happens in places like the Middle East, these tweets and comparisons can offer a wake-up call.

One thing's for sure: The world's eyes are on Ferguson and the U.S. And given Monday's grand jury result, we haven't been giving them the best picture.