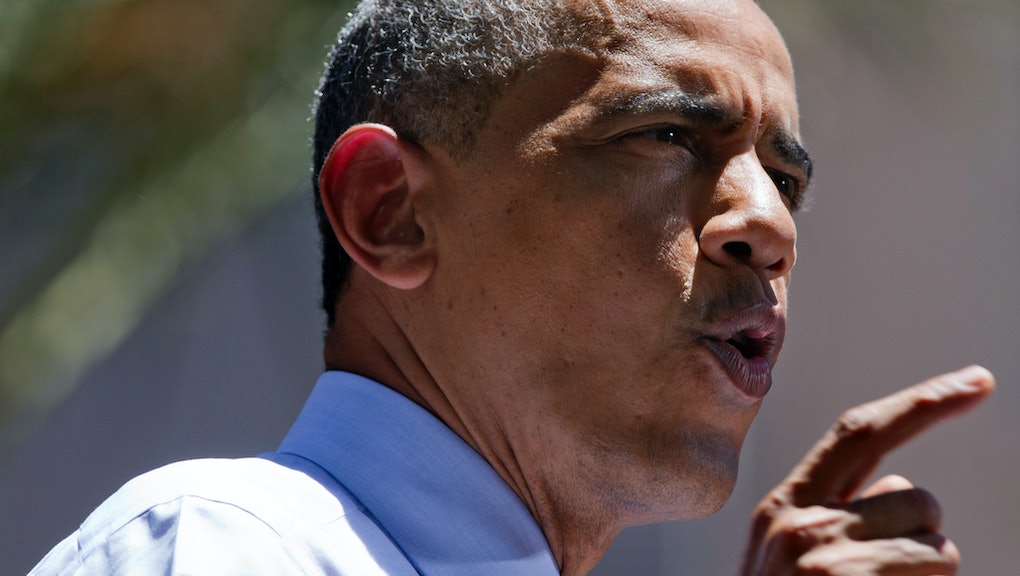 The news: Usually, congressional infighting about tax codes doesn't seem very dramatic. But not this time.

On Tuesday, plans for a bipartisan deal to give permanent tax breaks to corporations, worth $440 billion over the next decade, fell apart as the White House took an unusual step by announcing that President Barack Obama would refuse to sign off on it. The reason: The deal ignores tax breaks for low-income families, a priority for the president.

"The president would veto the proposed deal because it would provide permanent tax breaks to help well-connected corporations while neglecting working families," White House spokeswoman Jennifer Friedman said in a statement.

Since the president's announcement, the deal has reportedly lost its momentum, with negotiators on both sides of aisle scrambling to come up with a new solution.

Why is this happening? There are two sets of tax breaks at the center of this debate. One is a group of 55 corporate income tax extenders, and the other contains the Earned Income Tax Credit and the Child Tax Credit for low-income families.

The tax extenders, which are designed to be temporary, expired earlier this year, but as long as Congress renews them by the end of the year, they can be retroactively claimed. The IRS has warned that the longer Congress takes to renew these tax cuts, the longer it will take to process the refunds — hence the rush to get them passed. And Democrats also want to make nice with the business community. But in a bid to make these tax extenders permanent, the tax breaks for low-income families have been left off the table.

This conflict exposes a deep rift in the Democratic Party. The sharply divided response to this deal in the Democratic Party highlights its turmoil following the disastrous midterm elections earlier this month. While Senate Majority Leader Harry Reid's staff was crucial in negotiating this deal, a number of important Democrats have sided with the White House, criticizing the lack of support for low-income families.

And key members of the administration are also behind Obama's hard-line stance.

"There are reports today that Congress may be considering a potential deal on extenders that would do very little for working families and would be fiscally irresponsible," Treasury Secretary Jack Lew said in a statement Monday. "Any deal on tax extenders must ensure that the economic benefits are broadly shared."

It remains to be seen how Congress will re-engineer the deal to get it passed by the end of the year, but one thing is clear: A package that neglects to address tax cuts for low-income families is not likely to make it past the president's desk.