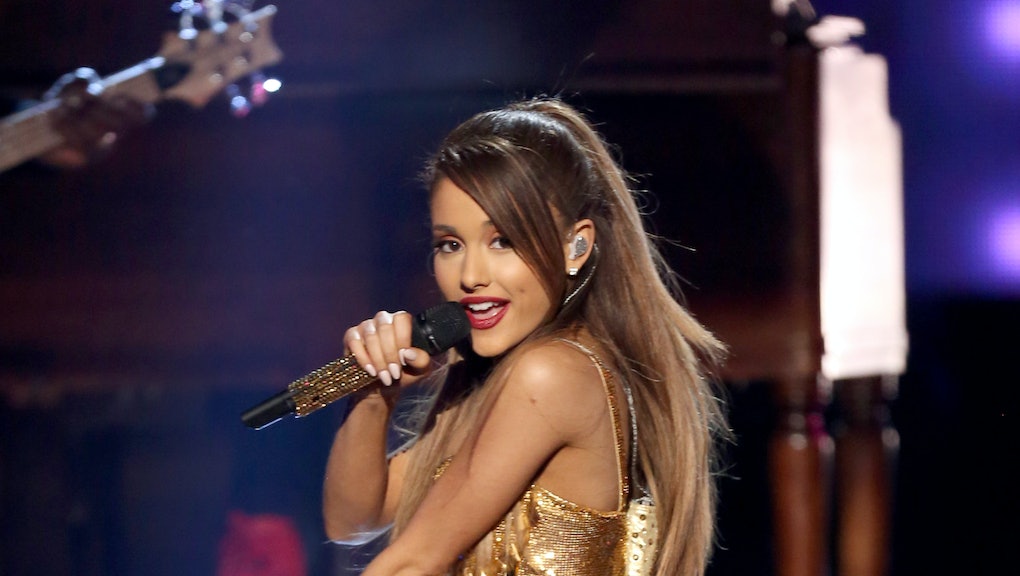 Ariana Grande can hold her ground.

In an interview with the Telegraph, actress, singer and big-name diva Bette Midler had some thoughts about the pop princess and the pornification of music.

"It's terrible!" she said "It's always surprising to see someone like Ariana Grande with that silly high voice, a very wholesome voice, slithering around on a couch" – at which point in the interview Midler actually started physically slithering – "looking so ridiculous. I mean, it's silly beyond belief and I don't know who's telling her to do it. I wish they'd stop. But it's not my business, I'm not her mother. Or her manager. Maybe they tell them that's what you've got to do. Sex sells. Sex has always sold."

Grande didn't let the the remarks just fly by. She fought back through Twitter.

Oh, isn't this a bit embarrassing for Bette.

Although Grande could have gotten totally defensive, her response is the perfect balance of truth and snark — the perfect shade for the 68-year-old star. It's also interesting that Grande was the singer Midler decided to single out here when there's a long list of other songstresses who are arguably way more sexual.

But at the end of the day, female stars shouldn't be policing each other on what they should or shouldn't be doing. It's already hard enough being a woman in an entertainment industry dominated by men. They should be supporting one another instead of trying to tear each other down.