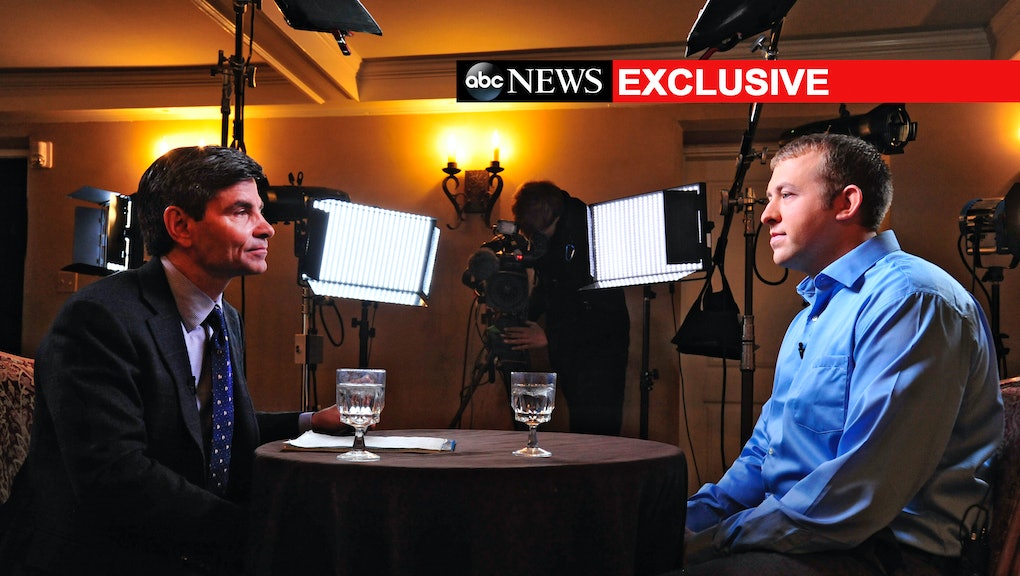 In the end, it all comes down to a few simple sentences.

As protesters grapple with a Missouri grand jury's decision not to indict Ferguson police Officer Darren Wilson for killing unarmed black teen Michael Brown, and analysts puzzle over how prosecutors handled the case, several legal scholars are clear on one point: from the moment Wilson told the court Brown made him fear for his life, getting an indictment became "essentially impossible."

Fear of the "fatal" punch: "The standard for choosing not to indict, as given by the Supreme Court in Graham v. Connor, is vague to the extent that all it requires is that the officer believe his life is in immediate danger," Dr. Cedrick Heraux, an assistant professor at Adrian College's Department of Sociology and Criminal Justice, told Mic.

"That is, the threat does not need to be real; the sole requirement is that the officer demonstrate — how? Usually by saying so — he feared for his own safety," Heraux said. "Under those conditions, it was essentially impossible in this case once Wilson stated, 'I've already taken two to the face and ... the third one could be fatal if he hit me right.'"

During his grand jury testimony, Wilson was asked by St. Louis County assistant prosecuting attorney Sheila Whirley why he believed it was necessary to pull his gun. Wilson's response and claim that one more punch could have been "fatal" seemed to strike her as odd, so she followed up.

"You thought he could hit you and it would be a fatal injury?" Whirley asked.

"Or at least [knock me] unconscious," Wilson answered. "And then who knows what would happen to me after that?"

In an interview with ABC News Tuesday, Wilson repeated that point, telling anchor George Stephanopoulos that in the seconds before he began shooting, he asked himself, "How do I survive?"

"I didn't know if I'd be able to withstand another hit like that," Wilson said. "You hear all the time, 'one punch' and someone gets knocked out and if I'm knocked out, then what happens to me?"

Heraux explained to Mic that Wilson's answers were an attempt to place himself squarely within the protection of the Supreme Court's "objective reasonableness" standard, which governs the use of force by law enforcement.

Taken at face value, Wilson's testimony is very clear on the fact that he believed it was.

Why chase Brown? Wilson was also asked by an attorney from the prosecutor's office why he chose to pursue Brown after the teen had sprinted away from the police vehicle. After all, Wilson himself made it clear that he could not physically restrain Brown, who in their initial encounter made Wilson feel "like a five-year-old holding onto Hulk Hogan."

At first, Wilson explained that he was not attempting to arrest Brown, just keep eyes on him until back-up arrived.

But it didn't end there. At the very end of his testimony, Wilson volunteered to expand on his earlier remarks.

"One thing you guys haven't asked me," he told the attorneys and jurors, "that has been asked of me in other interviews is, was he a threat, was Michael Brown a threat when he was running away? People asked why you would chase him if he was running away now," Wilson said, essentially putting the question to himself.

His response: "I had already called for assistance. If someone arrives and sees him running, another officer and goes around the back half of the apartment complexes and tries to stop him, what would stop [Brown] from doing what he just did to me to [that officer] or worse, knowing he has already done it to one cop. And that was, he still posed a threat, not only to me, to anybody else that confronted him."

Simply stated, Wilson said that despite no longer being threatened himself, he gave chase because he believed that Brown might hurt someone else.

And that's where another Supreme Court case, Tennessee v. Garner, comes into play. That 1985 decision set the precedent that Wilson is clearly appealing to here, namely the legal protections afforded police officers when, as University of Missouri-St. Louis professor David Klinger told Vox, they are trying "to protect people from violence."

"If you've got a violent person who's fleeing, you can shoot them to stop their flight," Klinger explained.

Set play? Wilson had tied up the two potential avenues a grand jury could have gone down in returning an indictment. With those questions asked and answered, we can fairly speculate that there was not, in their minds, any legal "probable cause" to go forward with a trial.

As Heraux told Mic, "Even under that lower standard — probable cause versus reasonable doubt — the holding principle of the test of 'objective reasonableness' meant that they essentially could not indict under those circumstances."

While it might seem conspiratorial or unsavory to casual observers, Heraux says that while he can "virtually guarantee that there was some coaching on their part for the grand jury testimony, it would be idiotic not to address the primary element of what is essentially the one test we have for dealing with line-of-duty shootings."

The problem then is not what Wilson said or how his lawyer or union representative helped plan his responses. Rather, it is with a legal system that places so much faith in the word of police officers arguing that their deadly actions were justifiable. Wilson also benefited by being given so much time to prepare his story. He never filed an incident report after the shooting and only first offered his side publicly, to the grand jury, more than a month after he killed Brown.

So as angry as protesters and supporters of the Brown family might be with Wilson today, they should also look at the legal conventions that made it so easy for Wilson to walk. We have yet to hear from any of the grand jurors, so we don't yet know the details of their decision-making process. But until there is serious legal reform, there is no reason that the next group in a similar situation won't come to the same decision.